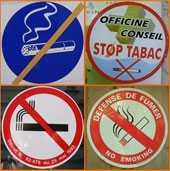 I don’t want to introduce this post by saying why smoking is bad. I was a smoker in the past. I quit only because I wanted to have a baby and I believed me smoking was harmful for my child. But I am still annoyed when people start educating me why smoking is bad.

I think that’s every person’s business and choice. So what I was looking at in the following anti-smoking campaigns is not the educative value (I personally doubt smokers aren’t aware of the risk already) but creativity and original idea (the way it was implemented).

Smoke Is Poison Advertisement: 12 meter long chemical tanker that looks like a giant cigarette was used by Cancer Research UK to highlight the toxic smoke in cigarettes (via toxel.com). 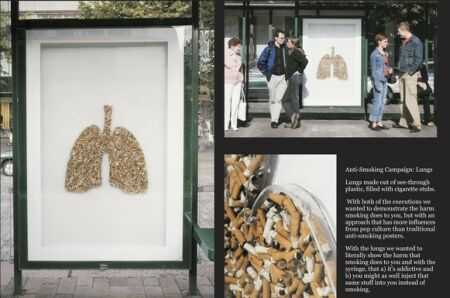 “What we see when you smoke” 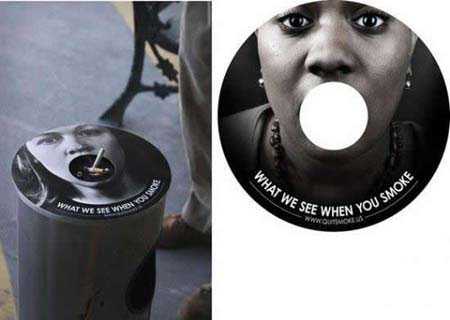 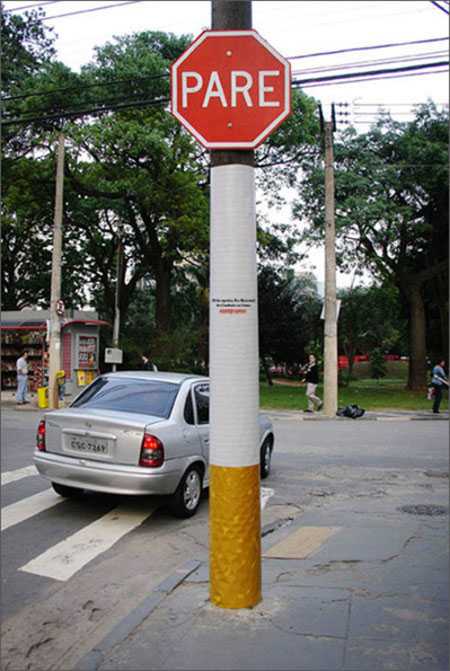 This one from the Cancer Patient Aid Association was put on the roofs of outdoor smoking areas (via inventorspot.com): 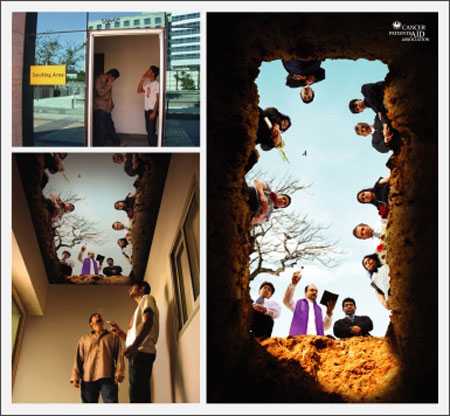 Anti-smoking promotion for ‘World No Tobacco Day’ found at coffee shops in Dubai, where people come to smoke (via inventorspot.com): 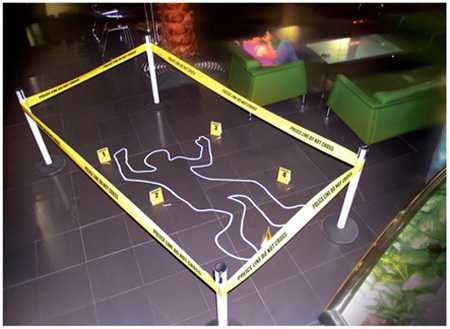 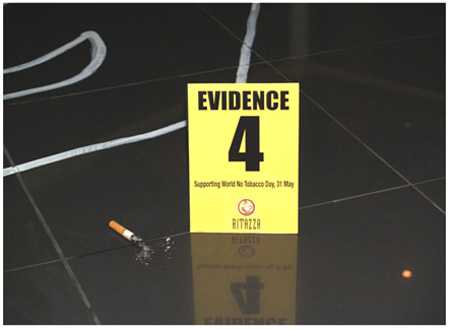 “Fight Smoking“: an ad campaign throughout the gyms:

Anti-smoking campaign as a stylish piece:

This anti-smoking hat looks both stylish and scary (via moolf.com) 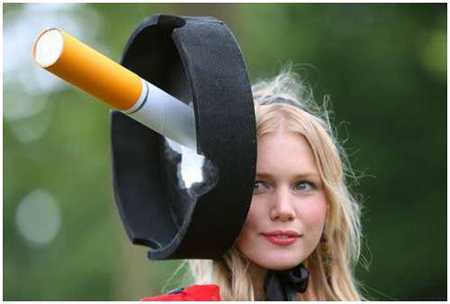 “Before it’s too late” 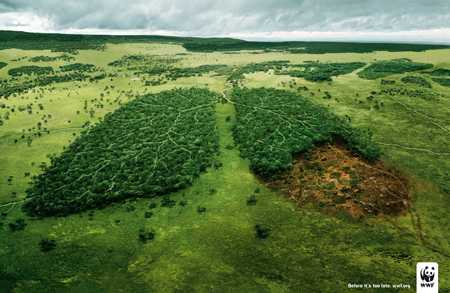 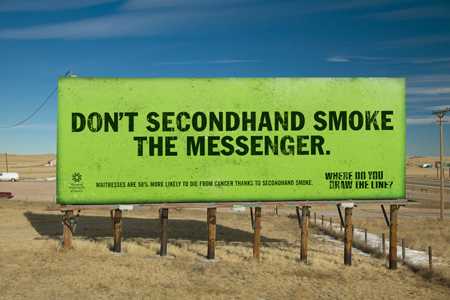 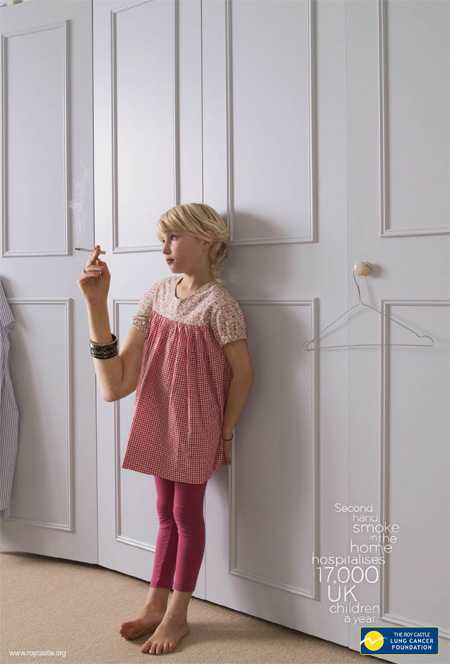 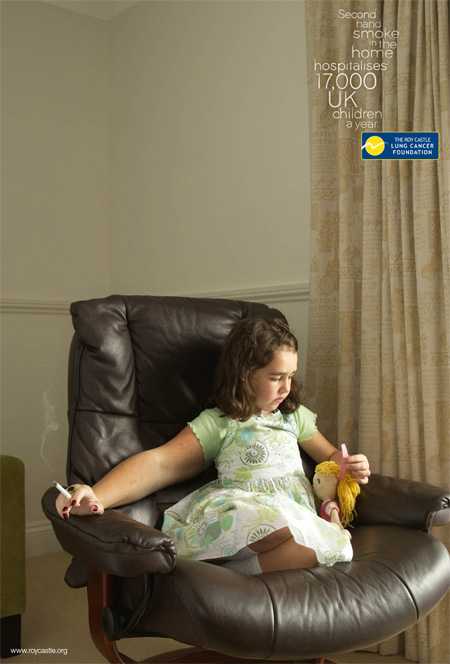 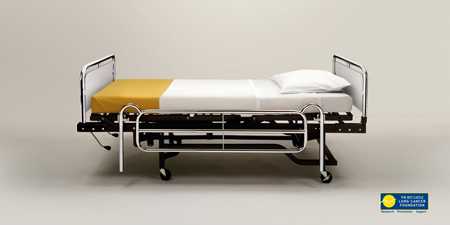 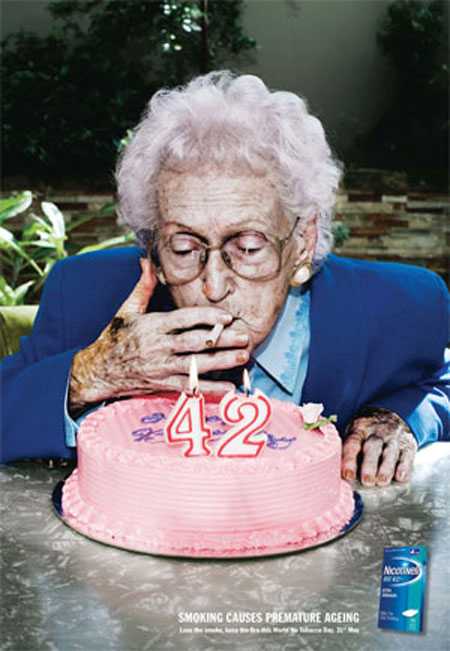 “There is an easier way of committing suicide: try smoking” 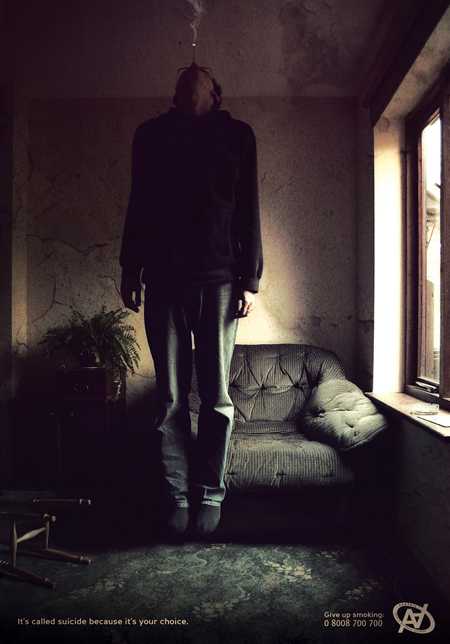 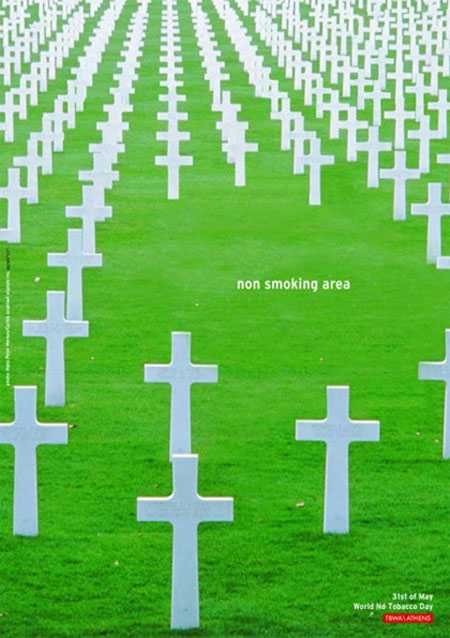 A similar concept (via adsoftheworld.com):

Need ads for your own business? Does your ad agency offer advertising services? Check out our directory of marketing and advertising agencies:

Tame The Overwhelming Urge To Smoke!

Treating The Invisible Wounds Of War!

How Do You Know If You Have A Toxic Colon?