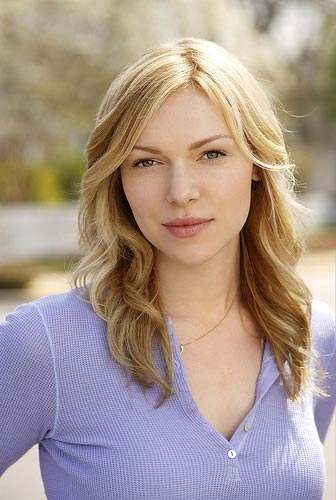 Tom Cruise has been in the news and tabloids more often than any other celebrity recently for his connections to Scientology and its effects on his family life.  Most recently it was mentioned as a possible cause of Katie Holmes divorcing him as she supposedly didn’t want her daughter with him to be raised within the religion.  He started following Scientology sometime during his marriage to his first wife, Mimi Rogers, who introduced him to it.

John Travolta has been a member of Scientology since 1975 when he converted to it from being Roman Catholic.

Nancy Cartwright is well known for voicing Bart Simpson on the animated show The Simpsons.  She started following Scientology in the late 1990s.  She was depressed and lonely and thought going to a church would help her meet somebody.  When she started reading the works of L. Ron Hubbard she wanted to stop feeling depressed and felt that he was talking to her.

Jenna Elfman started Scientology in the 1980s when she was introduced to it by her now husband Bohdi Elfman.  She has been widely criticized for some of her statements stemming from her belief in Scientology, such as AIDS being a state of mind and not a disease.

Kirstie Alley has been a member of the Church of Scientology since 1979.  She went through a drug treatment program affiliated with the church to help her get off of her cocaine addiction.  She’s most known for her role in the tv series Cheers and the Look Who’s Talking movies.

Catherine Bell is known for her role on the TV series JAG and The Good Witch movie series on Hallmark channel.  She’s played in various other shows and movies in minor roles.  She was raised Roman Catholic, but converted to Scientology and has helped promote several causes Scientology supports, such as the Hollywood Education and Literacy Project and the Citizens Commission on Human Rights.

Beck is the stage name for Bek Campbell, who is an American musician, singer-songwriter.  He was raised in Scientology by his father.  His wife is also a second generation Scientologist.  He is big on supporting for humanitarian causes that Scientology works for, such as education and drug rehabilitation.

Jason Lee is an American actor and comedian.  He’s known for his television series My Name is Earl.  His involvement in Scientology has led to the divorce from his ex-wife, Carmen Llywelyn.  She felt that the Church was too invasive in her personal life and didn’t want to be a part of it.

Laura Prepon is an American actress, most known for her role in That 70s Show. She has also voiced characters on American Dad! and King of the Hill.  She has admitted to being a Scientologist.  Recently there has been speculation that she is leaving her role in Orange is the New Black because of the church’s feelings on homosexuality.

Marisol is an American actress known for her role in the show 24.  She has also appeared in Due South and Beverly Hills 90210.  She is a Scientologist and was introduced to it by her chiropractor.

You can see many celebrities are members of the Church of Scientology.  Some are more public about it than others.  Many have their personal lives affected by it in negative ways, and others have been affected in positive ways as it has helped some though difficult times.  Who else do you know is a member of the Church of Scientology?  How has it affected their lives? Tell us about it in the comments.