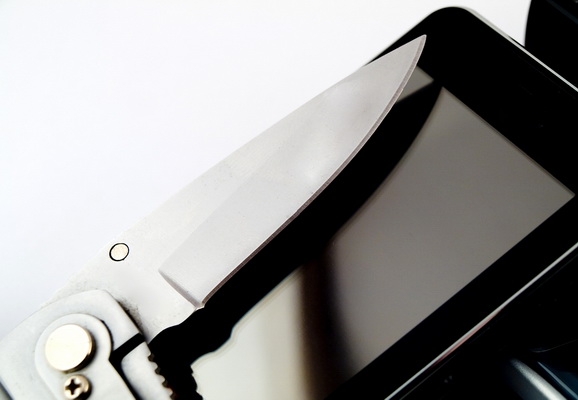 All the top stars on the block seem to be heading with single-minded determination towards the same goal. Blackberry, Sony Ericsson, Nokia, and Google is not to be left behind too. It is extremely impressive to watch the unfolding of the “touchscreen” era.

This was exclusively the domain of the enterprise phone segment just a little while earlier. But things have changed so fast that there perhaps may not be a cell phone manufacturer that does not wish to proudly lay claim to this distinction.

We will have to give credit to the keypad. Even with the possibility and threat of being ousted looming large, it still manages to hold its head high, with the hope that the competition does not invade its territory. As of now there are more phones that come with only a keypad when compared to touchscreen phones. In fact many of the touchscreen phones also have a keypad.

But the big question is, how long is it going to remain this way?

The touchscreen market is taking off much faster than ever before.

You must be wondering why we have not mentioned the top of the order and unforgettable iPhone. This is because Apple and the iPhone are what triggered this frenzy – or so some people believe.

Apple is being hailed as being successful because all those earlier phones by other manufacturers were nowhere near as successful as the iPhone. With the success of the iPhone, all others are now looking to recreate the same magic. It is easier for them because they have learnt from their past mistakes.

They have seen the faults with the previous touchscreens and they have now also seen the success formula created by Apple. They had to be operated using a stylus. This feature was considered to be very inconvenient, especially because both the hands were needed to use the phone. This is not required when using the iPhone. All that is needed is to touch the screen with a finger. The best part is that the iPhone does not need too much maintenance and is easy to use. Although, the battery is not great; with all the other benefits, this is believed to be a small sacrifice to make. Apple also came up with an innovative idea of adding the App Store.

Basically, the iPhone was liked largely for a few of reasons, such as not needing a stylus to operate it, the convenience and ease of use and the App Store.

Now the other manufacturers are going the Apple way and sorting out all the earlier issues with their phones, even to the extent of looking at options for something on the lines of Apple’s App Store. Google seems to be heading in the right direction and is seemingly successful on this front. We should not be surprised if new and better features are introduced too.

Will people get tired of touching their screen or will it be considered as a more convenient option that saves them the trouble of pressing keys? While some believe that this craze for touchscreens is short-lived and is due to the success of the iPhone; others believe that there is more to it.

It is too early to be writing the obituary of the keypad. However, it is quite evident that the touchscreen is here to stay. Because they are used to a keypad, most users still prefer using it to a touchscreen. But how long will it take for them to get used to the higher comfort levels that manufacturers are striving hard to offer through their new touchscreen devices?