Who would have thought the day would come when playing a video game can prove to be harmful? Along with technological advancement, the video game culture underwent a huge change, with violence and sex making its way even into the video game arena. There are many types of video games, each with its own distinctive content. The rating for these games is done by the Entertainment System Rating Board (ESRB) to give information about the content of the games, for buyers to decide whether it is meant for children or for adults.

The ESRB uses rating symbols, such as EC (early childhood,) E (everyone,) M (Mature) and many others as well as several descriptors to describe what is in a game. Some descriptors are – animated blood that means depiction of discolored blood, which does not look real; blood depicts normal blood; violence refers to conflicts that are aggressive in nature; sexual violence depicts violent sexual acts such as rape. These are just some of the descriptors and there are many more that are used to describe comic, humor, gambling, drugs, language, mature humor etc.

Parents of small children usually look at these ratings to see what sort of games their kids are playing and keep a check on them, as well as to ensure they do not play games that are violent or sexually inclined, at a young and impressionable age.

In spite of all these measures taken by the ESRB and parents watching over them, children curiosity gets the better of them and they always manage to do exactly what they should not be doing, such as buying video games rated 18 and above. The unfortunate part is that they are able to get access to these video games at several auction sites online.

The investigation was done by engaging volunteers between the ages of twelve and sixteen years of age, who were asked to make forty-four test purchases of video games that are rated 18+, such as video games called GTA IV and Manhunt. They had to make these purchases through postal orders on the internet. Thirty-eight of the volunteers were successful in buying these video games.

However, in spite of the danger this poses, can these sellers be blamed? Sellers explain that since they accept payment in the form of postal orders, they have no idea who they are selling to nor do they have any way of knowing what the age of the buyer could be.

There is a law in place, which says that sellers who sell adult video games to children can face a jail term of up to six months and will also be imposed a fine.

Brandon Cook, the lead officer for age restricted sales at the TSI says, “Traders selling goods over the internet have a responsibility to make sure they have methods in place to avoid breaking the law by making underage sales. If traders cannot be sure that the person they are selling to is over 18 they should not be selling.”

The TSI also mentioned that just as the sellers are to be held responsible for selling such games to children, parents have to take on the important role of monitoring what their children are up to and if the video games they are playing are for their age or not. They have to impose restrictions on children as well as keep an eye open for any inappropriate actions.

Blaming the seller will not help the children, and with so many unscrupulous elements everywhere, it becomes important for parents to take it into their own hands and be totally involved in deciding on the games their children can play. They have to be stern and suspend play if it is found that children lack self-control.

Sellers on their part have to keep in mind that playing games that are much beyond their age changes the thinking and attitude of the children and has long-lasting affect on their future. It becomes every person’s duty to act responsibly and do whatever they can in their power to ensure they find out who they are selling to and ensure that small children are not exposed to video games meant for adults. 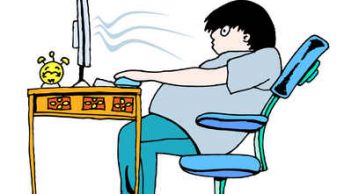