I am sure everyone who grew up listening to, “I yam what I yam and that’s all I yam,” would remember Popeye the sailor. For mothers, it was the “spinach advantage” as they could get the kids to eat spinach by telling them that they would possess superhuman strength just like Popeye.

It is amazing to note that all the spinach farmers from Crystal City honored Popeye by erecting his statue in the town, for saving the spinach industry from dying. The influence these cartoon characters have is simply unbelievable.

Scientists now are singing the same song as Popeye, that it is possible to get bulging biceps like Popeye, by eating his favorite food – spinach. They have recently found that this green leafy vegetable does boost the strength, because spinach contains phyteocdysteroids, a type of steroid that works on development of muscles.

Scientists used extracts of phyteocdysteroids on lab samples of muscles and were amazed to find that the muscle growth speeded up by almost 20%.

Even studies conducted on rats saw an increase in the strength of the rats in just one short month.
Researchers say that eating spinach, apart from being good for increasing muscle growth, is also very good for the eyes, teeth, gum problems and anemia. It has the potential to keep a lot of frequently occurring diseases at bay.

Looks like the creators of Popeye could look into the future too. There is a story that goes to say that they in fact wanted to make garlic as Popeye’s strength enhancer, when they were devising the original comic in 1919, but by 1932 he was eating spinach that gave him his superhuman powers.

They decided on spinach, because in general, spinach was extremely healthy. Previously, it was also used for curing scurvy, because of its high iron content, although in reality it contains less iron than many other vegetables. But many other health giving properties of spinach have been discovered since then.

Spinach is also said to have several heart benefits and can strengthen the heart and reduce heart attacks as well as boosting survival rates.

In spite of the fact that spinach has been discovered to increase muscle strength, getting biceps like Popeye is something else, and may not be possible even with spinach. Researchers say that you may be able to achieve that, but by eating at least one kilo of spinach a day.

In 2006, spinach was one of the trendiest foods in Britain and sales soared by 30% after several health gurus started calling it the health food and TV channels advertised this no end.

Spinach has been proven to be good for health, for both adults and children, for a long time now and this new study only reinforces the fact by adding one more new benefit of eating spinach.

Time to enjoy some spinach soup! Fry some onions, add some water, add green peas, add a chicken soup cube. When the peas are cooked, add lots of spinach and grind this whole thing into a paste. Add milk to this paste till the required consistency is achieved and heat well before serving. Go slow on the salt as the chicken cube has been used.

Researchers do a lot of work to learn facts in the hope that it will be of help to people. 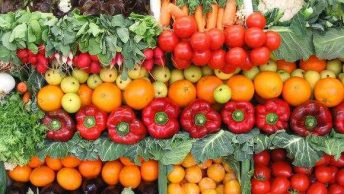 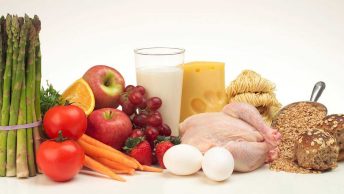 7 Foods You Thought Were Good For You, But Aren’t

Are You Making These Exercising Mistakes?