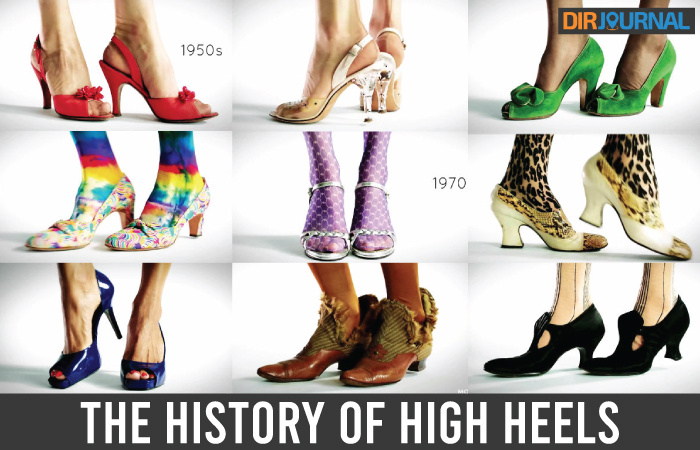 The History of High Heels 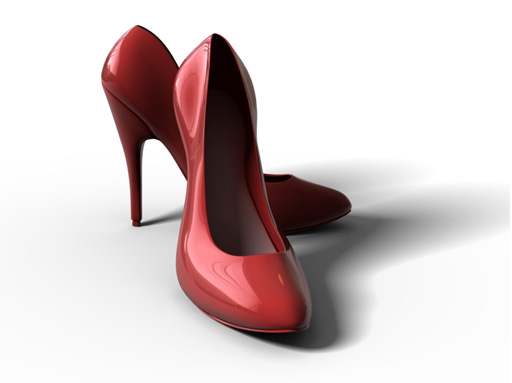 “Seriously. There is no way she can walk in those.” Have you said those words while perusing a women’s interest or high fashion magazine? You’re probably right. Models in magazines are often propped up against walls because they cannot physically walk in heels that high.

Regardless, you’ve likely wondered where you could get the same pair of shoes. I understand. (Running to closet to count shoes.) Currently I own 44 pairs of shoes and boots, of which only ten are flats.

What is a high heel? By definition, a high-heeled shoe has a heel higher than the toe, but it is so much more. Over the generations, shoes have served as indicators of gender, class, race, and ethnicity. The foot and the shoe have been symbols of fertility, wealth, and status.

No shoe has made quite the statement towards both sophistication and sexuality as has the high heel. High heels both inhibit movement and appear to extend it. A woman already appears half-walking while limiting the length of her step. The minds eye sees an illusion of speed and an imminent falter. The higher and narrower the heel, the more apparent.

In ancient times the lower classes walked barefoot. Leather sandals were the first shoes in most cultures. As early as 3500 BC there were depictions of women wearing heels, likely for ceremonial purposes. Both the Greek and the Roman wore platform sandals on stage to indicate social status or character importance.

The 1400s saw chopines in Turkey. The 1600s saw many popular platform shoes. Chopines may have had cork or wood stacked heels that were seven or eight inches high, requiring a woman to use canes or servants to walk. It was the Venetians that made such shoes a status symbol. Early in the history of heels were domination and submission associated with heel height.

It was Catherine de Medici that really brought the high-heeled shoe to its current stature. The 14-year-old fiancé of the Duke of Orleans was less than five feet tall and not as attractive as the Duke’s mistress. She wore two inch heels to give her a more towering appearance and sway to her walk. Mary Tudor was also known for her high heels. By 1580 high heels were popular for men and women with authority or wealth. They were considered “well heeled.”

Puritans and the French Revolution humbled the heel height for its sexual nature and to show equality. The 1860s regained popularity in heels. The invention of the sewing machine brought much revolution to fashion. Five or even six-inch heels were popular.

Post-war Christian Dior and Roger Vivier designed stilettos. The Italian word for small dagger with a slender, tapering blade is appropriate for the shape of this heel. The slender heel and narrow toe were highly suggestive. The feminist movement disliked the subservience suggested by uncomfortable shoes and the way they would slow a woman down.

Heels dropped and thickened in the 1960s and soon platforms were popular. In the 1980s women found pleasure in sexy shoes again. They claimed they were wearing heels for themselves. For height. For power. And authority. Heels got higher in the 1990s. Flats were more likely in corporate culture, but sophisticated designer heels became a sign of success. In the late 90s comfort overrode fashion again. Today women have more shoe choices than ever.

What do I wear? Well I have four really comfortable pairs of tennis shoes. (Merrells are my favorite.) One nice pair of running shoes. But when I want to look good and feel good I wear heels. Why? There are the comfortable all-day shoes that are 2 inches or less, the still-reasonable 3-inch heels (many of which I can wear all day), and the very high 4- or 5-inch heels. If you’re asking about those, my high high-heels… I wear them because they’re sexy and I know it.