Are you a child of the 80s, or just one who grew up loving all of the 80s cartoons? They just don’t make cartoons like that anymore, and I’d argue they probably won’t ever again — heck, they’ve tried! While networks (and movie studios) have tried in recent years to revive some of the old 80s cartoons, nothing new really compares.

While there’s no “best 80s cartoons” list that everyone will agree on, I’m going to break down my five top picks for 80s girls’ cartoons and 80s boys’ cartoons, and then follow it up with a list of other cartoons from the 80s. See if they spark any memories, and then share your favorite 80s cartoons with us in the comments!

The Best 80s Cartoons for Girls

I grew up as a girl in 80s, so I’m a bit biased towards the female-oriented cartoons. To be completely honest with you, I still watch some of these when I need brain candy (and others I’d love to be able to get my hands on (namely the old Charmkins special and Rose Petal Place cartoons). Looking back at what my friends and I most often watched (and which shows sucked us into making our parents buy the most toys — the real purpose of many 80s cartoons), here are my top five picks for the best 80s cartoons for girls:

I don’t remember a lot about the Lady Lovely Locks cartoon, but I remember that I just had to have the toys and for some reason the dolls’ hair always seemed insanely long (then again, the hair was kind of a focal point). But they were cute. They had pretty dresses. And they had those cute little Pixietails. For a little girl in the 80s, what wasn’t to love?

While I can’t say My Little Pony was necessarily one of my favorite 80s cartoon to watch, you have to admit they sure knew how to get little girls (and their parents) to buy toys. They could have created an infinite line of pony toys — change a color here, alter a size there — and we would have kept buying. Heck, we did! The cartoons themselves were cute, although I always found Megan to be a bit on the obnoxious side.

The My Little Pony movies were always better than the cartoons, but the quality was generally pretty similar. To this day I still love the characters of Catrina (one of the villans) and the bushwillies. I mean, come on, they were even cuter than the ponies!

My Little Pony is one of those 80 cartoons for girls that got a resurgence recently. While I haven’t seen new cartoons, I have seen the toys. This is one case where they didn’t mess with an 80s classic too much either — the new pony toys reminded me quite a bit of the originals. 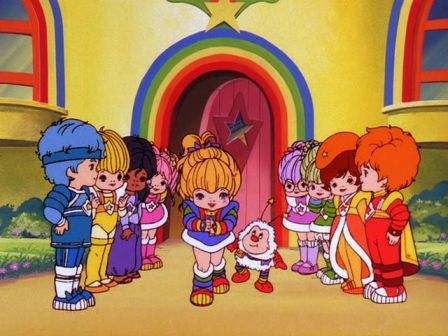 I loved this show. To this day though, I’m really not sure why. Maybe it was the contrast of the bright colors of the heroes combined with the more dismal settings in some of the stories. Maybe it was that I liked strong female lead characters (not that she was the strongest). Or maybe I just really, really wanted a horse like Starlite who could gallup through the sky on a rainbow. You tell me.

As much as I loved Rainbow Brite, I’m thrilled that it never got a full-scale update. I don’t recall a new cartoon version, but a few years ago they did try to bring back the show’s toys. They even kept them somewhat true to the originals. But Rainbow Brite is one 80s cartoon better left in the 80s.

I wanted to make Strawberry Shortcake my number one pick for the top 80s cartoons for girls. I really did. But they killed it for me when they brought it back a few years ago. The updated animation was atrocious compared to the original (of course I’m biased). The only updated show they made a bigger disgrace of recently was The Care Bears (have you seen the awful 3D animation on some of those things?).

I remember having the old records with the music, and just loving all of the characters of this one. I had the sheet set, a nightgown (I want to say a night cap too), and of course the dolls. I even made my mom make me a Strawberry Shortcake pillow for the bed. I was obsessed (but I’ll take being obsessed with an 80s cartoon over a modern one any day). 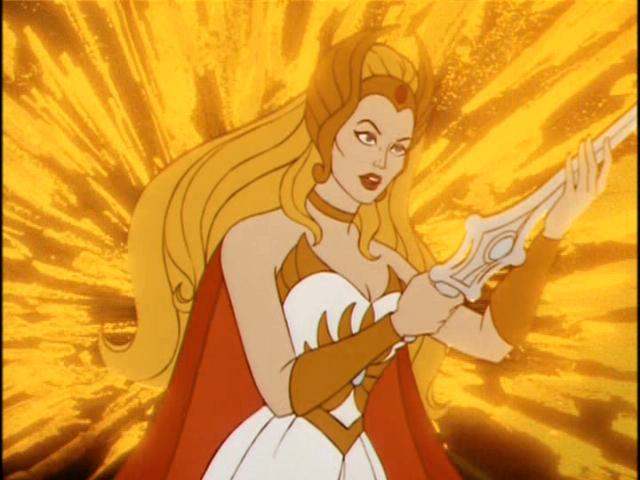 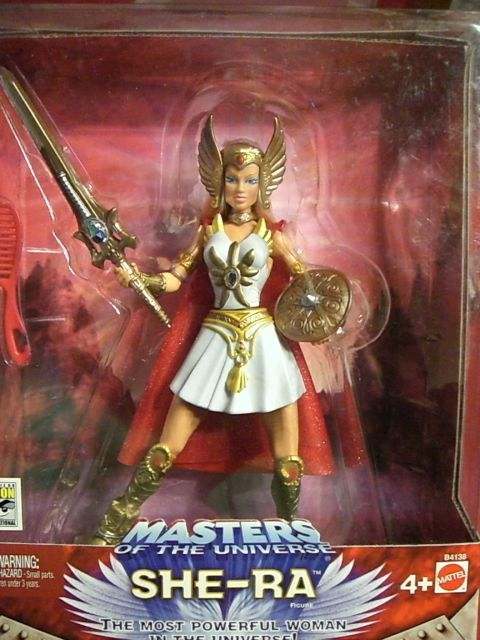 Okay. If He-Man was the “master of the universe,” then his sister She-Ra was the master (or mistress) of marketing. I don’t even know how we managed to store all of the She-Ra toys they released, but we bought them, played with them until they were falling apart, and bought some more!

Sure, She-Ra was a bit on the corny side — okay,  very. But we loved it. We had our fill of cute, soft, and fluffy and She-Ra gave us a more empowered female superhero-style character to idolize. And for that, she gets my top pick of the 80s cartoons for girls.

I know my top picks may not be yours, so here are some other great 80s cartoons for girls. Let us know why (or if) you loved them!

The Best 80s Cartoons for Boys

While I may not have grown up as a boy in the 80s, I did grow up with two brothers and two male cousins around the same age, so I’ve seen more 80s cartoons for boys (and their toys!) than I care to remember. Just like with the 80s cartoons for girls, I know readers are going to have their own favorites so if you don’t see them here feel free to share them in the comments!

I won’t pretend to remember this cartoon well, but I remember the boys being obsessed with it, and constantly playing with their little G.I. Joe dolls (I mean “action figures”). It’s the new found interest and the upcoming G.I. Joe film that edged this boys’ 80s cartoon onto our top five list.

I do remember watching this show with the boys growing up. For the most part I found the characters a bit disturbing (maybe it was just a girl thing), but I did love annoying little Snarf. This was one of those cartoons that really came to represent the animated style of the 80s to me (not to mention that I love most cartoons put together by Rankin-Bass). With that in mind, I’ll probably avoid the pending resurgence — said to be a CGI movie due out in 2010.

I’m almost embarrassed to admit it, but okay, I really did like this show! This was one my brothers and I could agree on, although I can’t tell you why. Being a late 80s cartoon, the animation style was a bit different than some of the older ones. Maybe that’s what captivated me. Or maybe the idea of martial arts-loving reptiles was just cute to me… at the time. While I haven’t seen the most recent TMNT film, this is yet another 80s cartoon for boys that made it to the limelight a second time (or do we want to consider that a third, given the older films?). What can I say? This is one of those 80s cartoons I have a warm spot for.

As for the intro video above, I apologize for the fact that it’s shaky and literally someone filming their television screen. But it was the only true original version I could find for you (others were all European edits making them the “Teenage Mutant Hero Turtles” because they censored out “Ninja”).

2. He-Man: Masters of the Universe

He-Man may not rank as highly on this list as his sister did as my top 80s cartoon for girls, but number two isn’t too shabby! This was another boys’ cartoon that I didn’t mind watching. Okay, so the whole “by the power of Grayskull” bit is kind of cheesy, but then again in the 80s, what wasn’t? I have to admit though — I was always secretly rooting for Skeletor.

Let’s say I’m ranking Transformers number one for the sake of the peanut gallery. I can’t really grasp the fascination with robots turning into cars and such myself, but the show seemed to captivate the imagination of little boys everywhere (and sell a lot of toys to boot!). I remember sitting in a movie theater watching previews pretty long before the first recent Transformers film came out. It was a superhero movie, so as you can imagine the theater was filled with young testosterone. Then a preview came on. A vague one — it must have been the first. I had no idea what the preview was supposed to be for. The men in the theater did. You could feel the excitement. It was funny and disturbing at the same time. But needless to say, they wanted their Transformers fix then, and I’m happy to give it to them here too.

Not satisfed with the top 80s cartoons for boys listed here? See if any of these strike your fancy.

Not all of the 80s cartoons we got to know and love really fit under the boys’ or girls’ labels. There were plenty of shows loved (and not so loved) by both sexes alike. So I’m going to leave you with a list of additional 80s cartoons to look back on. Reminisce away!

Tell us about your favorite 80s cartoons (or even let us know your own top ten picks) by leaving a comment below!

Disclaimer: All images, photos, screenshots, and show intro video clips are believed to be covered by fair use rights under U.S. copyright law, being used for the purpose of editorial illustration / identification in the context of reviews or critiques.