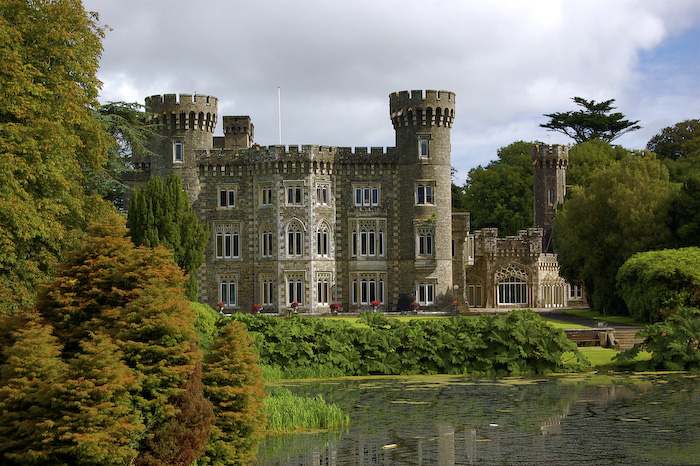 The oil spill in the Gulf of Mexico has quickly shot up to the top of the charts in terms of human-caused ecological disasters. Every week, the underwater leak gushed enough oil to mirror the Exxon Valdez of 1989. As it lasted for 94 days before being capped, it easily is one of the largest oil spills ever. It has caused a shutdown of 36% of the entire Gulf of Mexico, which clocks in at about 87,000 square miles.

Despite all this, the disaster has still been relatively well-contained compared to others in years past. What follows are examples of ecological disasters that were either severely economically damaging, extremely lethal, or both.

One of the greatest losses of life that started with well-meaning roots was the Great Sparrow Campaign. It was known alternatively as the Kill a Sparrow Campaign or the Four Pests Campaign and it took place during the Great Leap Forward from 1958 to 1962.

The four pests to be killed were rats, flies, mosquitoes, and sparrows, the latter being a challenge to agriculture because they ate seeds of grain. Mao Zedong initiated the campaign and asked Chinese citizens to kill and terrorize sparrows for the good of the harvest, which yielded greater crops for a time.

Unfortunately, the National Academy of Science discovered that sparrows might eat grain, but they eat dangerous crop-endangering pests far more.

Due to the shortage in their number, locusts overtook them and ate everything in sight despite Mao’s protestations for citizens to end their campaign.

This lead in turn to trigger the Great Chinese Famine, which lead to the deaths of 30 million people of starvation.

Although the campaign was meant to help, it ultimately lead to the downfall and deaths of many.

Minamata disease sounds like a regular force of nature, as diseases often are. Plagues regularly sweep in and claim the lives of many, but this particular disease is actually caused by manmade activities.

The Chisso Corporation near Minamata, Japan, opened in 1908 and became one of Japan’s largest producers of acetaldehyde by 1932.

Due to the prosperity of the plant, nearby Minamata prospered as well. 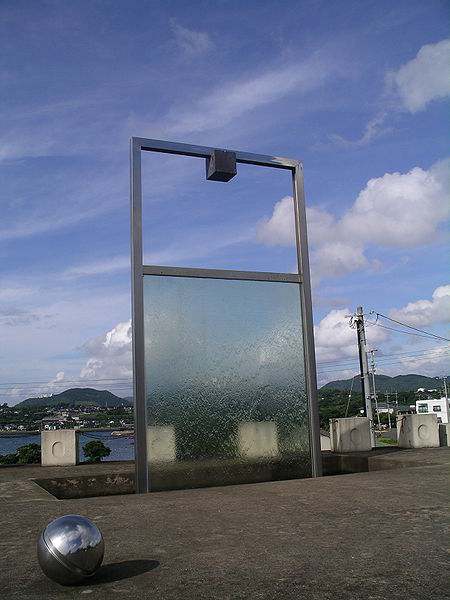 This also created undue influence on the part of Chisso Corporation, which would factor later into serious conflicts of interest.

Local cats had been dying as of late after going into convulsions, acting erratic, and then dying.

Locals had dubbed it the Dancing Cat Disease, because it appeared as though the cats would dance prior to their deaths. Unfortunately, it was soon not limited to cats and symptoms such as ataxia, numbness in the extremities, weakness, damaged hearing and speech, insanity, paralysis, coma, and even death appeared in humans as well. Due to Chisso’s unfair leverage over Minamata, the disease went unchecked for nearly thirty years.

Minamata disease, as it turns out, was truly mercury poisoning. As a byproduct of acetaldehyde production, the wastewater from Chisso Corporation ended up containing high levels of lead, mercury, manganese, arsenic, and other heavy metals, all of which were hazardous for human consumption. Locals who ate fish from the bay upon which Minamata sat ended up becoming sick, especially the elderly and the very young. Due to joint pressure from Chisso and Japanese culture, it was determined to be shameful to accept compensation for being injured or killed by Chisso’s negligent actions. To this day, payouts totaled a low $11,000 per person at maximum, while many were unable to even obtain payment due to failing to be certified as having Minamata disease. Legal battles over loss of life and quality thereof rage on to this day. 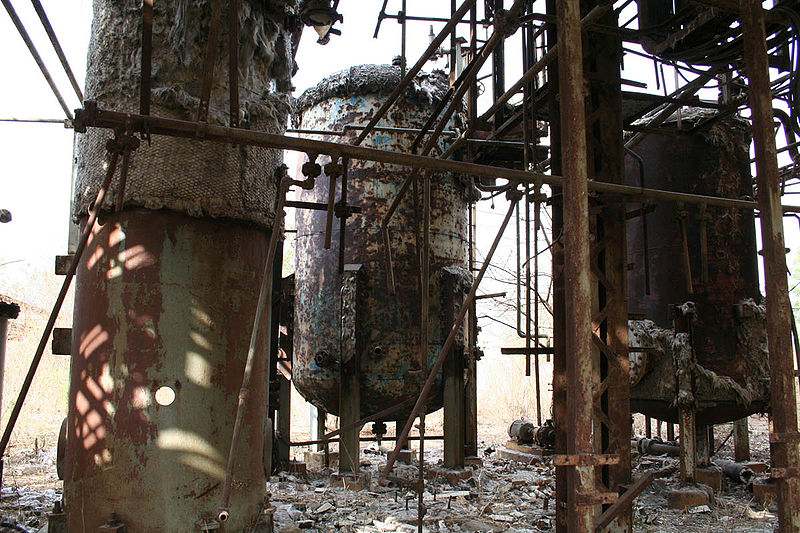 The Bhopal Gas Tragedy is regarded as the world’s worst industrial catastrophe of all time. A perfect storm of lack of government oversight, underfunded and underpaid workers, and sheer negligence and incompetence led to this horrifying disaster which ended up affecting over half a million people. Government agencies have varied in their totals dead from 2,259 on up to 15,000, with over half a million sustaining injuries minor to fatal.

Union Carbide Corporation (now a Dow Chemical Company subsidiary) built a plant in Bhopal that was meant to produce pesticides for agricultural use. The plant apparently started off with poor management, with instruments being checked half the standard number of times per hour. Unlike similar plants built in the US, the Indian plant was not prepared for any sort of problems of this magnitude, including failure to notify local authorities of the nature of the dangerous chemicals being produced. Water hoses designed to bring down gas leaks–which in effect knock the gas down by diluting them before they can get into the atmosphere–were found to spray water at a height of only 13 meters, which was inadequate for knocking gas down.

Up to the actual disaster, numerous workers died or were severely injured in an unusually high number of incidents that revealed managerial incompetence and a lack of training.

In December of 1984, one of the tanks entered a runaway reaction that caused the venting of a vast amount of poisonous gas. To this day, similar to Minamata’s issues with Chisso, the city and citizens of Bhopal are still battling Union Carbide and Dow in court. 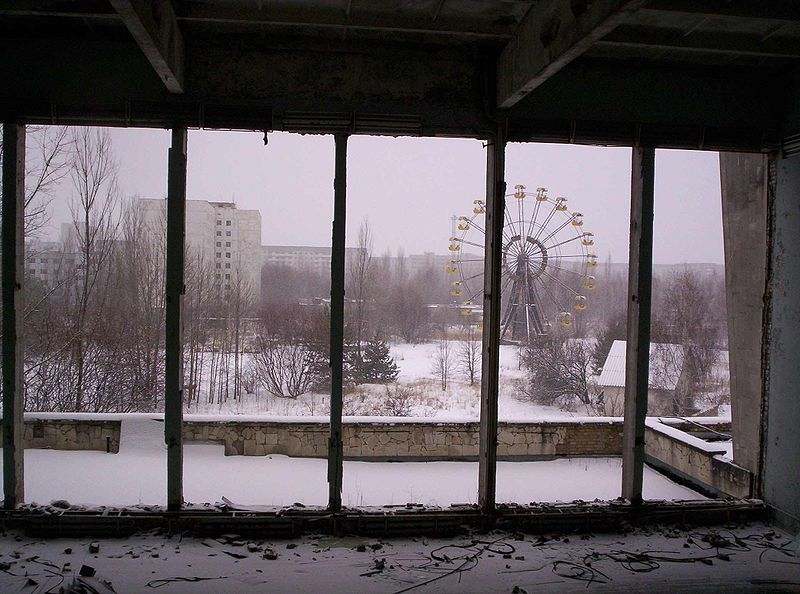 The most dramatic example of both government incompetence and untrained workers leading to disaster remains the Chernobyl disaster. Displacing over 336,000 people permanently while leading to the evacuation of vast swaths of Ukraine, Belarus, and Russia, it remains one of the most destructive economic and ecological disasters.

Nearby Pripyat, with a population of 50,000 at the time, remains completely deserted and stands as it did on that day in 1986.

Thanks to the disaster, over 600,000 people were considered highly exposed and many will have higher cancer rates than normal people, although the disaster itself was largely a blow to Soviet Russia’s pride and economically damaging to a growing prosperous region in Ukraine.

Fewer than 50 direct deaths are actually attributable to the disaster, although radiation poisoning is among the most horrific and stunning ways to die.

All over the world countries that are capitalist or communist, monocultural or multicultural–all are susceptible to highly damaging disasters. The BP oil spill is not unique, but it certainly is a tragedy. Let us all hope that it is cleaned up soon, and that it ultimately causes less damage than these disasters did.

You may also enjoy reading The War on Terrorism vs. Mother Nature: Death Tolls and Failed Prophecies: Major Doomsday Predictions That Did Not Come True!