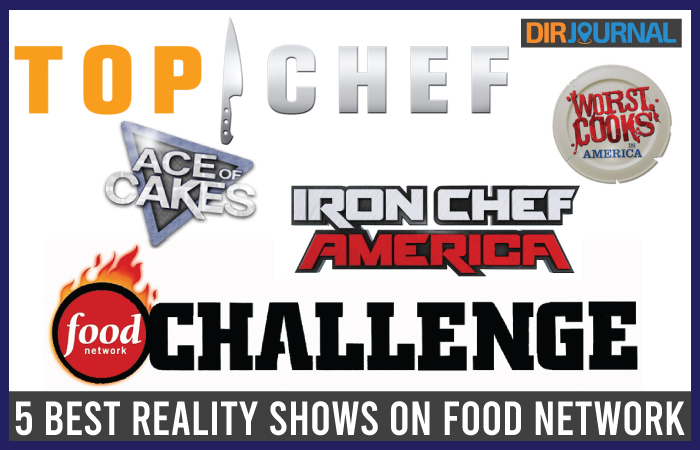 The Food Network may have the best, most all-around consistently interesting basis for its content, but that doesn’t mean it’s immune to the fight for ratings that every channel participates in. Thanks to this fight, Food Network has caved in to the modern viewers’ desire for adrenaline pumping reality television and has created some of the most interesting reality shows TV has to offer, and they are all based around the topic of food. I know, I can sense your disbelief. But read about some of the best Food Network reality shows below and see if your television viewing taste buds aren’t tantalized.

1.    Top Chef: On Top Chef, chefs from all over the country compete to be named the top chef and win money to open their own restaurant. During the weeks of competition, contestants must make gourmet foods out of gas station fare, they must flay and debone fish at record speeds, and they need to create recipes that impress in record time—all while living together in the same house 24 hours a day, 7 days a week. And that is really the key to this show’s success because instead of being able to just meet for a competition with their game faces on, they develop friendships and enemy…ships and their personal feelings sometimes get in the way of their cooking.

2.    Food Network Challenge: Cakes! Cakes I say! While the Food Network Challenge can focus on any food item—chili, meatloaf, casserole, whatever—the best episodes are those that revolve around mountains of flour, eggs, sugar and fondant. During the competition, the bakers must create a veritable statue of cakey goodness that is executed perfectly, is artistically inspired and impresses the judges more than their rivals’ cakes, but they must also move the cakes from the counter to a display table after they’ve been assembled. And that, my friends, is when the viewer really is on the edge of their seat.

3.    Iron Chef America: Much like the original, Japanese version, Iron Chef America pits one chef against another. They must use the same main ingredients and develop a completely different and tastier menu than their competition. They have limited time to do so and their food gets judged by a panel of food experts, writers, celebrities and any other fitting food connoisseurs.

4.    Ace of Cakes: Yeah, I know, more cakes. But this one isn’t a competition, it’s simply a reality show about a bakery that creates amazing cakes for regular folks and celebrities. Their Harry Potter cake for one of the movie’s premiers was outstanding and mostly edible and their everyday wedding cakes defy gravity and logic. But beyond that it is a show about a group of people who have fun together while dedicating themselves to keeping their customers happy.

5.    Worst Cooks in America: How would you like some boiled chicken covered in American cheese for lunch? What—doesn’t sound good to you? Well if it does, you may be one of the worst cooks in America. On this show, contestants cook their best recipe for judges to prove that they are the worst cook America has to offer its collective palate. Those who are judged to be the worst get a lesson in cooking from professional chefs and then must match their newly acquired skills against the other worst cooks.