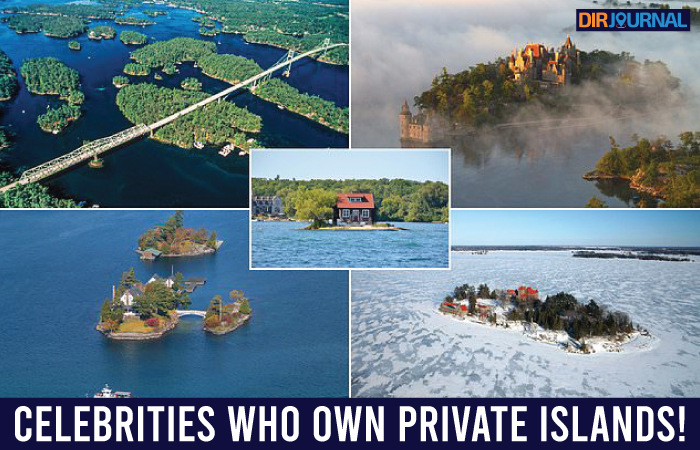 Owning an island is the ultimate status symbol; apart from that, these private island kingdoms also afford privacy, peace and tranquility to celebrities who are always in the public eye.

Private islands have become the new craze and every celebrity
worth their salt wants to own one!

Gwyneth Paltrow wanted to experience a secluded life on an island and spent three days on an uninhabited Caribbean island. Taking with her only three oranges, a sack of rice, mosquito net, aspirin, camera, notebook and some utensils, she later revealed that she now understands why people who get stuck on a Caribbean island never want to return. 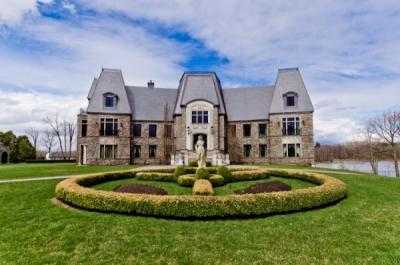 This one is nothing like other expensive tropical celebrity islands. This is a little island located in Celine Dion’s home province of Quebec. It is unpretentious, in spite of her being one of the highest paid female performers in history.

Located in the Mille Île’s River, her huge 183,000 sq. ft. French-style chateau is a famous tourist attraction even though people can only get as close as a boat can take them to this heavily fenced mansion. 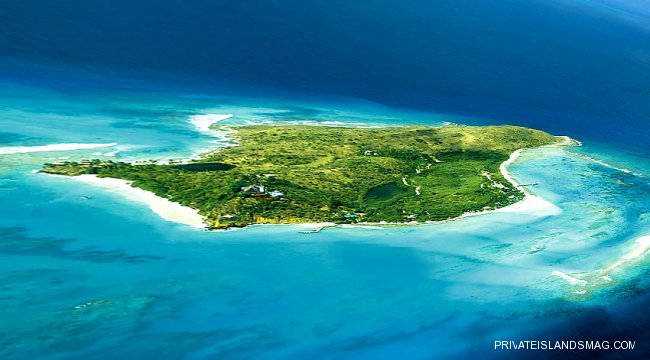 Talking of private islands, there is no doubt that Richard Branson is the king. Necker and Mosquito in the Caribbean Sea belong to Virgin Atlantic owner Richard Branson, the most flamboyant business mogul in Britain. Both have been transformed into resorts of luxury and indulgence.

Necker Island is a 74-acre private paradise nestling in its incredible turquoise waters, with coral reefs and pristine white beaches. The entire island is often rented by the privileged few. The 120-acre Caribbean island, Moskito, is a more recent purchase and is just a mile and a half away from Necker.  Plans to bring non-native Lemurs to the island caused a controversy in 2011.  It cost $10 million and they already have buyers for the 7-8 luxury homes planned.

For the staff of Virgin, Branson bought Makepeace Island which lies off Australia’s Queensland coast and the Island of England located in Dubai’s man-made world. You can check out their specials and spend your own vacation on Makepeace Island.

This 45-acre, one mile long isle is a private island and is part of the Exuma archipelago to the south of Bahamas. It cost him $3.6 million and boasts of the world’s most beautiful reefs, a private harbor, a palm-fringed lagoon, and six pristine white sand beaches. It is accessible only by a boat, helicopter or seaplane. Recent news that made headlines was that his island will be run on eco-friendly solar power. 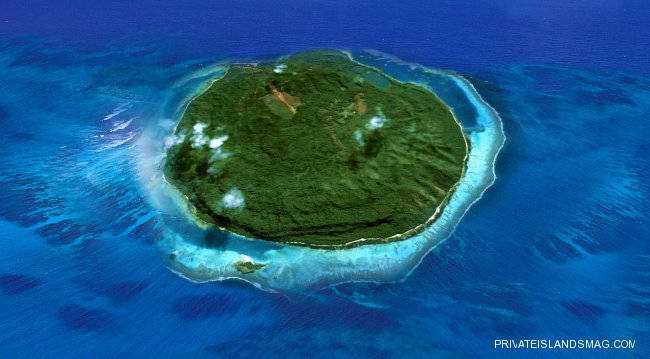 Australian natives find the tropical islands of Fiji a perfect vacation spot. Mel Gibson, himself an Australian, joined the list of Fijian island owners when he purchased Mago Island in 2005 for about $15 million.

At 5,400 acres and one of the largest private owned islands in the South Pacific. This island is almost completely secluded and uninhabited and the actor left it in its pristine state except for building a modest residence for his personal use. 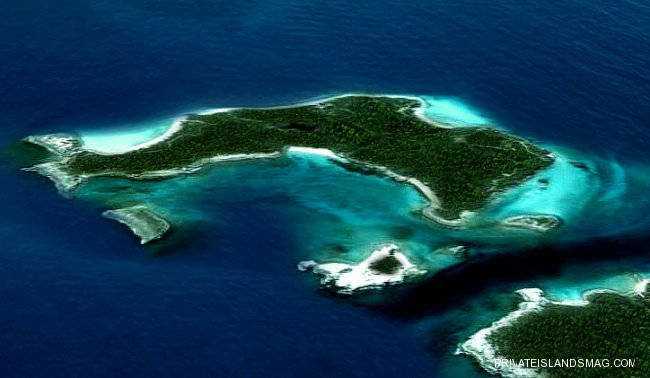 Magician David Copperfield owns four islands in southern Bahamas valued at $50 million. While the 150-acre Musha Cay is where he has his most private resort, the three other islands are used as buffers to ensure maximum privacy. He rents out this island for $325,000 per week and celebrities such as John Travolta and Oprah Winfrey have stayed there.

He calls the waters of his island the “fountain of youth,” where he says he has discovered that dead leaves or insects near death come alive. In spite of these claims being met with disbelief, the island is said to be out of this world with breathtaking beauty.

Musha Cay can be rented for $37,500 per day for up to 12 people if you have enough patience to wait for their site to load. All meals and beverages are included. With a four day minimum they can afford it. 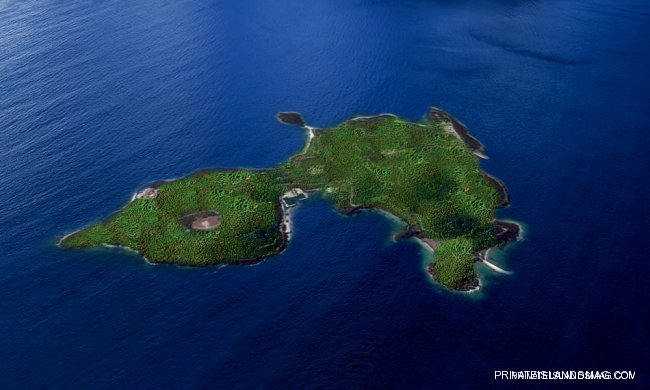 Athina Onassis, the granddaughter and sole heir to the Greek shipping magnate Aristotle Onassis fortune, owns the beautiful Greek Isle of Skorpios. Aristotle and his wife Jackie-O had their wedding on this island in the Lonian Sea. They set the trend for private islands back in the 1960s.

Aristotle and his children are buried on this island. Valued at more than $200 million, this most-famous island is not yet for sale, but if it is ever on the market, bidders will have to compete with Madonna and Bill Gates who are rumored to be interested. 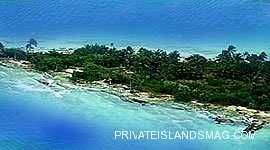 Eco advocate Leonardo DiCaprio purchased this sprawling 104-acre, 202 mile long Belizean island in 2005 for $1.75 million. This beautiful island with white sand beaches, coconut trees, and rocky outcrops is located near the famous Barrier Reef. It is said that there is no other island in Belize that has the length to install an airstrip.

Leonardo plans to turn his island into a small eco-friendly resort and has teamed up with a hotel resort chain, Four Seasons.

Nothing less than the sprawling 700 acre island called Bonds Cay satisfies Shakira. This huge island cost $16 million and is under the combined ownership of Shakira, Roger Waters of Pink Floyd, and Spanish pop star Alejandro Sanz. They have plans to create a hub for art and culture in the form of an artists’ retreat with a newcomers gallery and resident artists.

It was in the year 2006 that Nicholas Cage purchased this Bahamian island for $3 million. He already owned a luxurious home on Paradise Island. Leaf Cay is part of the Exuma chain of islands and is located near his close friend Johnny Depp’s private island as well as near an island that is owned by singers Faith Hill and Tim McGraw.

With tropical palms, long sandy beaches and a freshwater pond, this 40-acres is nothing less than a paradise. Rumors are ripe that he is planning on selling it for $7 million and Leaf Cay is currently listed for sale.

Eddie Murphy is one of the highest paid actors, so it is only natural that he owns an unspoiled paradise, Rooster Cay, which is also known as Long Cay. He bought this little isle in 2007 for $15 million and it is just a few minutes away from Nassau. Speculation is rife as to whether the actor is going to turn this island into a business like many other celebrity island owners or keep it as his private retreat and a love nest for himself and his wife.

The list of celebrities who own private islands is huge. Malcolm Forbes of Forbes Magazine recently sold his 4.71 sq. miles Laucala island to the owner of Red Bull, Dietrich Mateschitz. Then there are others like Brad Pitt and Angeline Jolie who bought an island in “The World,” Dubai (a man-made island). Tony Curtis, Claudia Schieffer, Faith Hill, Robin Williams, Gene Hackman, Steven Spielberg are just a few in the long list of private island owners. Madonna and Richard Gere are said to be on the market looking for Greek islands.

What drives celebrities to buy these islands? Robin Leach of “Lifestyles of the Rich & Famous has his own unique theory. He feels that since we are surrounded by water during our first nine months, we crave this security throughout our lives and islands provide us that.