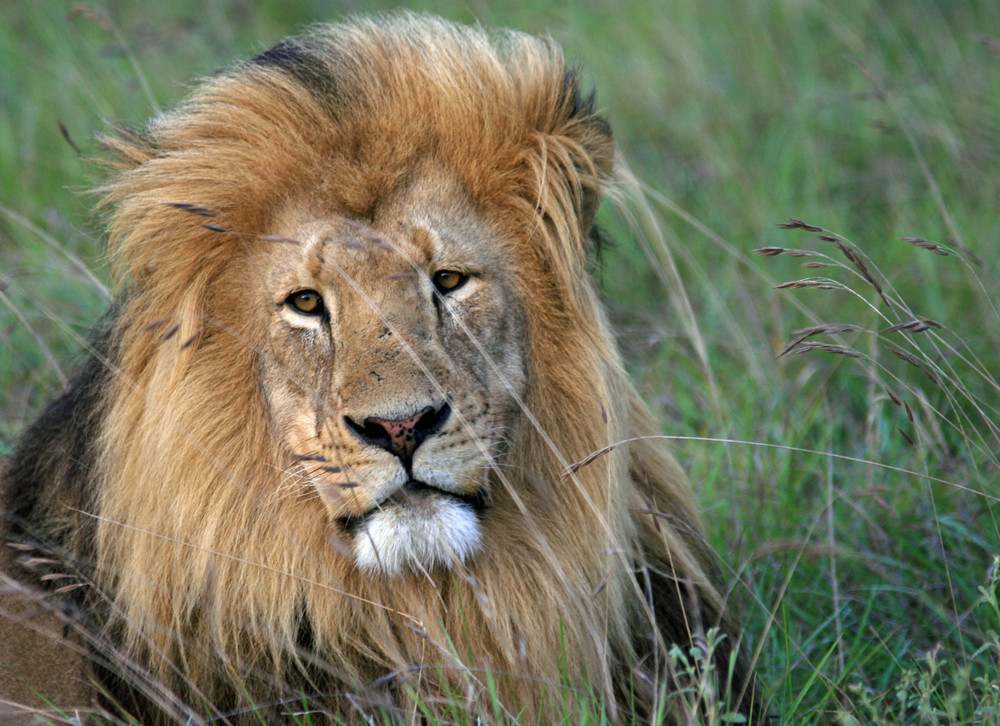 From Lions To Cheetahs: Some Of The World’s Biggest Cats [Photos]

When it comes to cats, most people will have their particular favourite.  Maybe a Persian, Burmese, Egyptian Mau or a Devon Rex, for example. The International Cat Association (TICA) actually recognises 55 championship breeds of cat, but these are all just pussy cats when it comes to their somewhat wilder and considerably larger feline cousins.

Their bigger and more robust family members in the wild are all naturally aggressive and very good killers. They are, by their very nature, some of the best and highly specialised predators in the entire animal world.

With many sub species and cross breeds that throw up some interesting if somewhat strange mixtures like the liger and tigon, (the liger being a cross between a male lion and a female tiger and the tigon being the opposite), the list below is simply a look at some of the most beautiful, powerful and intelligent big cats left in the world today. 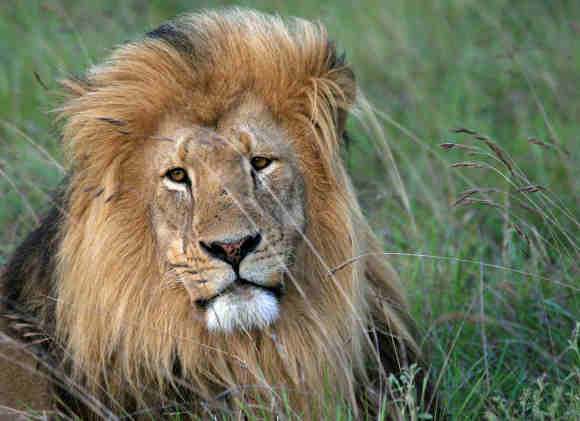 The second largest living cat in the world, with some males tipping the scales in excess of a whopping 550 pounds, the lion is also the only one of the big cats that lives in large, social groups called prides which can consist of anywhere up to 40 lions, most of which will be female.

The social structure of lions means that when a young male – recognisable by their highly distinctive, thick mane which varies in colour from blonde to black and which generally changes with age – reaches maturity, more often than not it ‘moves out’ and attempts to set up a pride of its own.

The males’ mane has the effect of making the lion look larger when it is in confrontation with other males, which it will be for a large portion of its life.  If you add the fact that a good sized male could be anywhere up to 4 feet high at the shoulders, around 8 foot long and with a 3 foot tail, it is certainly a worthy adversary. 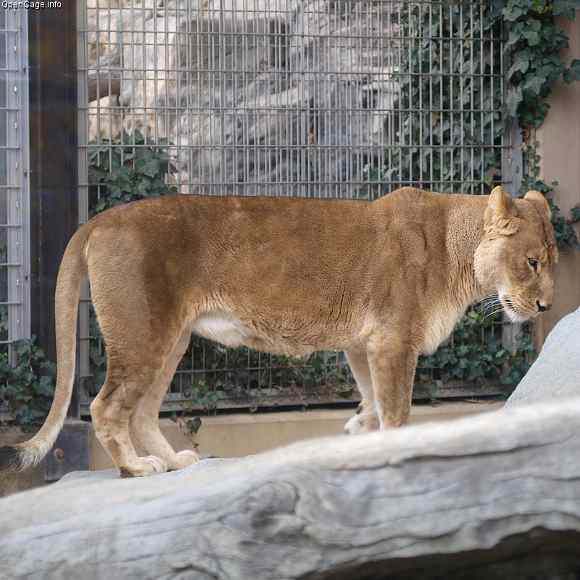 The female of the species, the lioness, lacks the resplendent mane of the male, but makes up for this with her talent for hunting, which she does with other females in the pride.  Although slightly smaller than males, females can grow to around 6 feet in length, 3 feet at the shoulders and have a tail of around 3 feet, too.

Typically living on grassland and savannah, their life span is only around 10 to 15 years and in males this is mainly due to the fact that they are forever fighting with rival males.  Their numbers on a whole are in decline and in an effort to reverse this worrying trend, these stunning creatures are being protected in designated reserves and national parks, as well being subject to some controlled breeding programs. 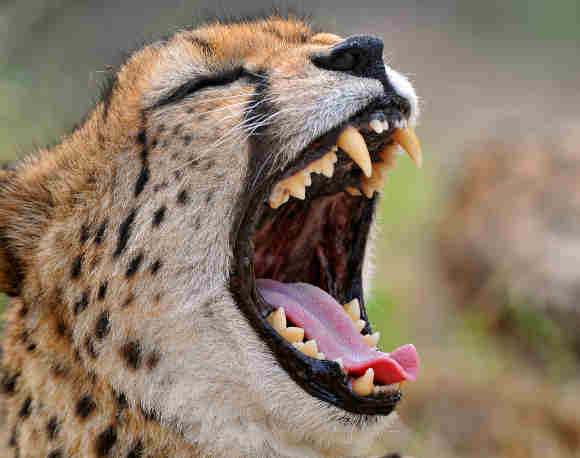 If there was ever a creature that looks like it was specifically designed to suit the surroundings in which it inhabits, it is surely the cheetah.  It has all of the attributes needed to not only survive, but thrive in some of the most adverse conditions in the world.

It has a beautifully camouflaged coat, modified paws that assist with traction – and most importantly -, the ability to run.

Cheetahs are recognised as by far the fastest landanimal
in the entire world, reaching speeds of between
70 and 75 miles per hour in short bursts.

The cheetah can only maintain these speeds over a relatively short distance of 1,500 feet, but at the same time, can accelerate to over 60 miles per hour in a staggering 3 seconds.

It can achieve these incredible feats because it is so perfectly built, with a deep chest and narrow waist – and it can harness this speed using its tail, which gives it the ability to make quick, sharp turns. 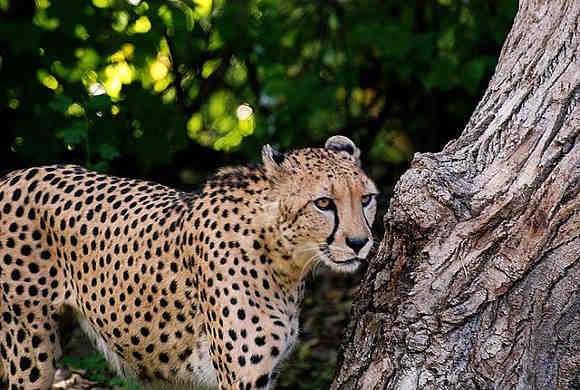 Showing the sheer build quality of the cheetah, it’s also important to understand that it has large nostrils for a reason – to increase oxygen intake, which means that the enlarged heart and lungs make the most productive use of it. It needs to do this as when it is in full sprint, its respiratory system quickly increases to 150 breaths per minute from the normal 60, meaning it needs as much oxygen as it can possibly get.

These slim line rockets are nevertheless considered to be the smallest of the big cats, with an adult only reaching 160 pounds at most.  Being around 3 feet tall at the shoulders and with a body that is normally no more than 5 foot long, their ever so important tail can be anywhere up to 3 feet in length.

What’s more, the cheetah is also the only one of the big cats that can purr as it inhales, but cannot roar like the others, as no cats can do both. Unfortunately, these animals are a vulnerable species and of all of the big cats, are the least able to adapt to the new environments that are being forced upon them. 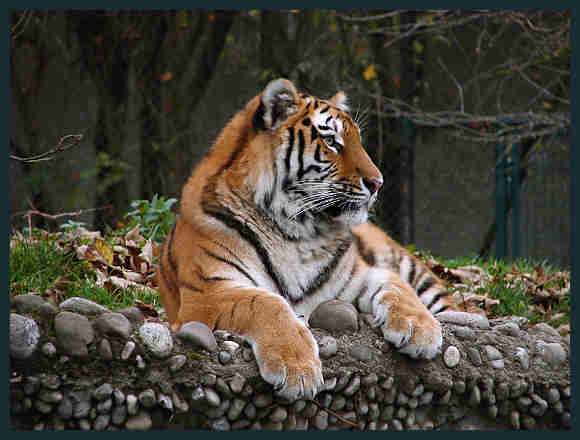 The tiger, the earliest fossils of which are believed to be somewhere between 1.6 and 1.8 million years old, is instantly recognizable as one of the most beautiful of all of the big cats.  It is by far the largest feline in the world and the third largest land carnivore (after the polar pear and brown bear).

Beautifully patterned with dark vertical stripes on a stunning red-orange fur which is lighter in colour under the stomach, tigers are solitary, but do like to socialise and are ferociously territorial.  This, through no fault of their own, has brought them into conflict with humans.

When you consider that a male tiger can reach up to 11 feet in length and tip the scales at anywhere up to 750 pounds, they make a daunting predator.  Add to this the fact that their canine teeth can reach in excess of 3 inches and they are not something most would like to stumble across in the wild. 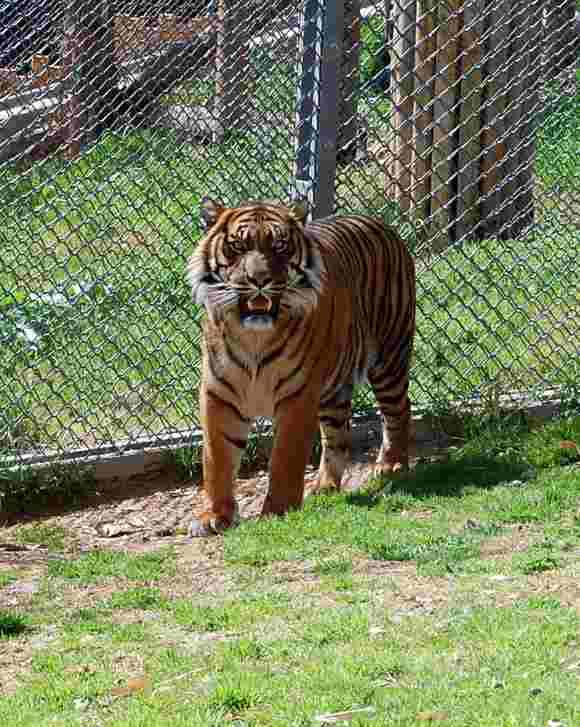 These superb beasts, like the other big cats, are suffering from an increasing exposure to humans who are forcing their numbers into decline. Destruction of their habitat – and poaching for their fur – are having a devastating effect on the species, as is the demand for various tiger body parts for the traditional Chinese medicine market, which is playing its part in the downfall of these beautiful creatures.

According to figures, the tiger population has nosedived from more than 100,000 in the wild at the start of the 20th century to 3,500 at most today.  Once widely spread across Asia from Turkey to east Russia, their range is now significantly reduced and although the largest population of these creatures is in India. Even that is thought to be no more than 1,500 in number. 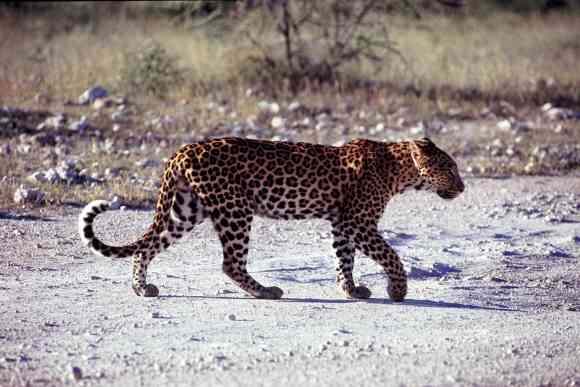 Thought to be the most elusive and yet shrewdest of all big cats, the leopard is by no means a soft touch.  This solitary, predominantly nocturnal animal, with its small rosette pattern fur, seems to be forever on the move once the sun goes down.

Although they all have what would be considered a home range, the male of the species makes sure that his overlaps with that of more than enough females to keep him happy. Marking their territory is simply done with urine and claw marks, which seem to be a more than adequate way of letting others who inadvertently wander onto it know that they are trespassing.

This sleek hunting machine, which is equally at home in the rainforest as it is in the desert, has earned itself something of a reputation. It can, for example, run at around 35 miles per hour, nail any animal that its stealth will help it catch, and has an inane ability to drag kill three times heavier than itself up a tree away from prying eyes. 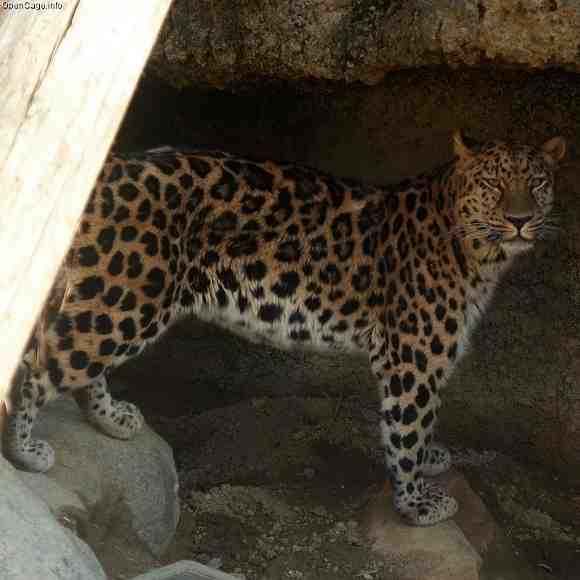 The leopard is not as big or powerful as the tiger or lion, with more of a slight build, but it does nevertheless hold its own in the wild and it has the confidence – sometimes after watching from a tree = to attack something the size of a warthog or an antelope, as well as reptiles, fishes and birds.

Said to be most widespread in Africa and Asia, leopards appear equally comfortable in both hot and milder climates and it’s this adaptability that proves to be another string to this fabulous creature’s bow, making it an apex predator.