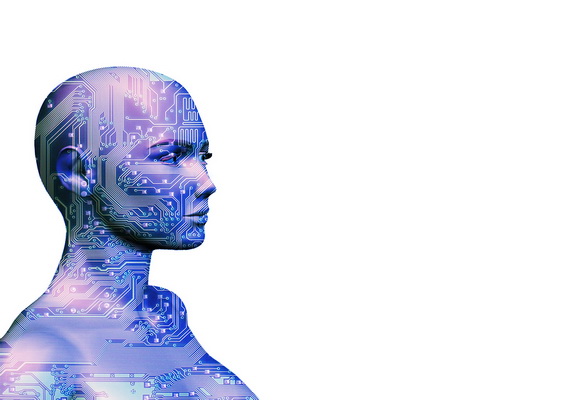 “Somewhere something incredible is waiting to be known.” ~ Dr. Carl Sagan ~

Man built many things with the help of science, but there has always been something that has been out of reach for man – creation of life. This has always been the domain of the “creator of the universe” and man could not transcend this.

Latest reports reveal that this is about to change and scientists have come closer to being able to put life into non-living things – once a humanly unthinkable task.

Scientists have taken several steps towards realizing one of the most magical moments for mankind. This crucial step involves the creation of a synthetic chromosome from scratch that will help create artificial life forms. This incredible human intellect accomplished the feat of making DNA fragments using lab chemicals and then assembling them in a cell. This genome contains all that an organism needs to live and reproduce. The organism in the study is called Mycoplasma genitalium, which is the tiniest bacteria ever found, and consists of 582,970 fundamental building blocks of DNA, making it longer than any previous genetic material ever created through chemicals. Not only that, unlike viruses made by humans, synthetic bacterium had the capacity to make copies of itself through cell division.

Initially, scientists started with building long strands of DNA. Each one was a quarter copy of the whole M genitalium genome. These strands were inserted into yeast cells, which stitched the strands together and made clones of the whole genome. Then this synthetic chromosome was inserted into a cell, in order for it to reproduce and create a new life form.

According to Synthetic Biology Chief Smith, it cost more than $1 million for the construction of the bacterial genome by contractors who could create chains of synthetic DNA. It took about four months for the contractors to build DNA chains using machines. Then a huge team of scientists stitched together about 100 pieces into a single chromosome, forming a continuous chain of DNA, creating about 500 distinct genes.

Currently, scientists are working on the final step, which is transplantation of the synthetic DNA into a cell. They hope that the cell will then take control of the growth and reproduction in a natural way.

It was only a few months earlier that the team had demonstrated that transplantation of the genome of one type of bacterium into another cell can actually change the species of the cell. They had successfully transplanted a natural genome by removing the chromosome from one Mycoplasma species and implanting it into another. Then they found that this replicated copies of the first species. This is the process they are now going to use.

The lead scientist reveals that this process was almost like completing the operating system of a computer. He says, “by itself, it doesn’t do anything, but when you install it on a computer, then you have a working computer system. It’s the same with the genome: the genome is the operating system for a cell and the cytoplasm is the hardware that’s required to run that genome.”

Scientists say that although the creature created in this manner is called artificial life, it is not going to be completely synthetic as it is only the genes that are machine-made.

While the scientists are all excited at the prospect of being able to take the creation of life into their hands, the environmental groups are alarmed at what is happening. They believe that this “synthetic biology” work that is being pursued could be potentially dangerous. They say that there are true concerns about the biosafety for synthetic organisms and with the inevitability of the release of synthetic organisms into the environment; an ecological disaster is on the verge of happening. They voice their opinion using these bugs to develop synthetic fuels; will put farmland under immense stress to produce energy crops. They give the example of the production of ethanol and how this is causing food versus fuel conflicts.

These deep fears with regard to artificially engineered life have been foreseen by Aldous Huxley in his 1932 novel, “Brave New World,” where babies grown in laboratories are favored to natural human reproduction.

However, scientists do not agree with this line of thought and say that the benefits far outweigh the risks and measures can be taken to ensure the technology is not misused.

Director of the Center for Bioethics, University of Pennsylvania, Arthur Caplan states, “Is it right for anyone to try to create synthetic life? The answer is yes. There is nothing that violates religious restrictions, or God’s will, and it is not too full of hubris to go down that road.”

This is a step toward development of technologies that will have the potential to discover speed cures for diseases and grow fuel in bacterial vats. Scientists are excited that something like this will increase the power in the hands of humans a zillion times – that of mere mortals laying claim to creating life. They are certain that they are tantalizingly close to becoming the “new creators” and it will happen this year.