Today is the time when we actually breathe technology and the pace at which it is progressing seems scary at times. We identify Microsoft as a pioneer in developing operating systems and Google as a pioneer with search engines. Both amazing technological advances and both of them are equally popular amongst the masses. But bigger the names, lesser are the chances of them being ready to co-exist with another.

The battle between the two technical giants – Google and Microsoft seems never ending ever since their inception. It can be termed at a level where there is no looking back for the either of them. Some of the cases that are listed below will prove the feud existing between these two corporations.

Recently the fight has been escalating on the browser front. We all know that Google captures the larger part of the market when it comes to search engines where as Microsoft possesses only a small part as low as eleven percent of the cyberspace search engine users. To break away from Google’s monopoly, Microsoft has come up with a “search box” in an attractive location in their new operating system browser called the Vista browser. When it comes to using the browser, Microsoft rules the market with Internet explorer being the most popular browser in the world. Therefore, when the users upgrade to the advanced internet explorers, they will be presented with the search option. This search option from Microsoft can always prove to be a threat on Google’s monopoly.

Talking about the other side of the story, Google are the soul distributors of the Mozilla browser. Mozilla firefox comes with the search box option by Google and the users of this browser can also enhance its features to devise the other search engines too. It was observed that Google sent a complaint the Department of Justice in the United States about the features of Microsoft. Last year Google complained against the false publicity of the Microsoft browser.

It was reported in the Wall Street Journal very recently about the desktop search fight. Desktop search is the utility that allows its users to scan everything, from personal information to hard drives. The Journal reported that Google has logged a complaint to the federal antitrust authorities arguing that Microsoft does not simplify the use of desktop search software made by any other company including Google. It also made a point about the new indexing feature of Microsoft. It said that this features logs all the user files and in turn makes the computer extremely slow if another desktop search software is used.

Another battle comes at the time of buying the company called “Double Click Inc”. It is an online advertisement services firm and Microsoft has alleged Google for bringing in anti trust elements for the online ad scenario.

A constant battle continues at the time of bringing in three dimensional maps, restricted to the cities in the United States. It is more or less a searchable mapping service and all we can see is wait till another drama unfolds from two of the most prominent technology biggies in the world. 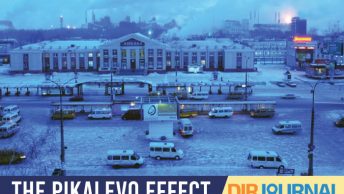 The Grid – Faster Than Internet! 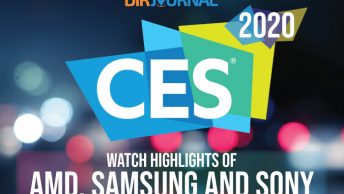 Watch Highlights of AMD, Samsung and Sony at CES 2020