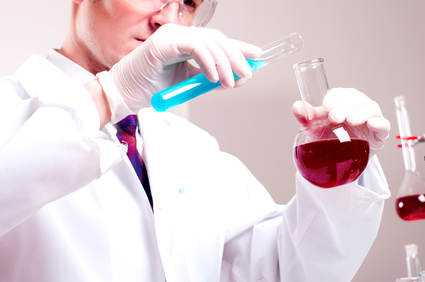 New Test Promises to Detect Mesothelioma at an Early Stage

As you may already know, Mesothelioma is caused by exposure to asbestos. However, Mesothelioma sometimes reveals itself up to 30 to 50 years following exposure. Furthermore, the symptoms of mesothelioma are similar to those of less serious respiratory problems. This leads to the problem that diagnosis of Mesothelioma is very difficult and takes too long.

Malignant pleural mesothelioma is an aggressive cancer that develops in the lining of the lungs. It may surprise you to learn that every year this disease becomes the cause of an estimated 15,000 to 20,000 deaths all across the globe. It is usually fatal within 14 months of diagnosis because it is usually diagnosed in the advanced stages.

Day in and day out researchers are hard at work to find a method
for early diagnosis of the usually fatal cancer Mesothelioma.

Recently, researchers at NYU Langone Medical Center have come up with a unique protein test which they claim can help detect early stage pulmonary cancer which is asbestos related. They explain that this test can identify proteins that are secreted from cancerous tumors, which are caused by exposure to asbestos. This successful study was also presented at the 102nd Annual Meeting of the American Association for Cancer Research, held on 4th of April, 2011.

Does This Test Really Deliver?

To verify the results of the study, a test was organized with sponsorship from the National Cancer Institute’s Early Detection Research Network Biomarker Discovery Lab. This was a blind test, meaning the people conducting the test did not know if the person being tested had malignant pleural mesothelioma.

The new test proved to be quite successful as researchers were able to detect
15 out of 19 cases of stage 1 or stage 2 malignant pleural mesothelioma.

This is a clear indication that the test could be up to 80% sensitive in identifying the disease. In addition to this, the researchers also claimed that the specificity of the test was 100% as there were no false positives.

According to Harvey I. Pass, MD, lead researcher and director of the Division of Thoracic Surgery and Thoracic Oncology at NYU Langone Medical Center and the NYU Cancer Institute:

“The goal of a new diagnostic test is to find the cancer early enough to effectively treat it. The only patients that seem to benefit from therapy in mesothelioma are those that are found in stage 1, and this is only 10 to 15 percent of patients. Moreover, when found early, the magnitude of the operation necessary to reduce the burden of disease may be less, making the patient better able to cope if the disease recurs and the patient needs more aggressive therapy.”

How Was the Test Conducted?

The testing method was that the team conducting the research used the “Multiplex SOMAmer Assay” ( manufactured by SomaLogic, Inc.) to test 170 blood samples from 90 patients who had been earlier diagnosed with malignant mesothelioma and 80 participants who were previously known to have had exposure to asbestos.

The technology actually uses the SOMAmers, which is a chemically modified single stranded DNA molecule. This DNA molecule is used to bind to target proteins resulting in the identification and quantifying biomarkers.

According to Dr. Pass, the test measures 19 protein biomarkers for malignant pleural mesothelioma and can find and quantify the small amount of proteins secreted by the tumor cells. Further studies are ongoing which aim to refine this test and validate the results in other patient blood samples.