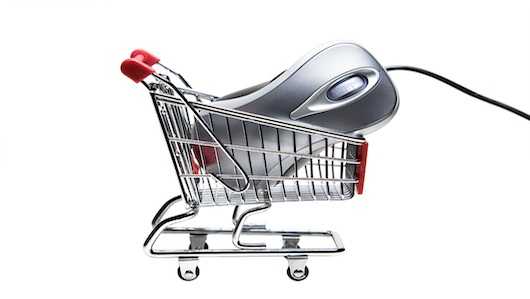 If you’re a Facebook user (and really, who isn’t?), your online social shopping habits have become a much more social activity. Your friends watch your news feeds, and you probably watch theirs. And whenever you “Like” a product or service, you are recommending that product to your network of friends and family.

Depending on the number of interconnections within your network, the simple act of “Liking” a product on Facebook could potentially influence thousands of like-minded purchase decisions. It’s similar to a domino effect as one “Like” begets another and another throughout your Facebook social streams.

While that may sound like hyperbole, consider the huge gains in fan growth and engagement made by big box stores Wal-mart and Toys “R” Us over Black Friday and Cyber Monday 2012 (allfacebook.com). Both of these stores had fan growth increases in the hundreds of thousands over just a few days. Amazon and Macy’s had similar results over the same period.

While fan growth does not necessarily imply influencing shopping behavior, it’s still a tremendous impact. Certainly the tsunami of “Likes” gained by these retailers trickled across the interwebs to influence shopping decisions. But there’s more to the story. There are loads of stats attesting to the growing influence of Facebook and other social media channels on shopping habits. Here are just a few:

Think about when you’re out shopping, say at a bookstore or big box retailer. Have you ever comparison-shopped on your smartphone while looking for just the right item? Have you ever then asked your friends on Facebook if any of them have purchased the same item and what their experience was like?  This is social shopping.

So what does this mean for retailers? A recent whitepaper released by Empathica
suggests that consumers are starting to create a two-way dialogue with brands that encourages both positive online and offline customer advocacy. These customer advocates become “superfans” who can help increase same store sales and even increase a customer’s lifetime value.

The tremendous impact of Facebook and other social media channels has given rise to a relatively new business practice called CEM, or Customer Experience Management. The goal is to capture a consumer’s experience based on data gathered from every conceivable touchpoint, from social listening all the way to the physical design and layout of a store (if applicable), its website usability, customer service and checkout workflows. This information is then used to improve operations across all locations.

Think about this for a minute; over 1 billion people are using Facebook. That’s 1/7 of the world’s population. At a 50,000-foot view, that means that 14% of the world’s population is potentially impacting all the world’s commerce. That’s a pretty staggering thought. Back in his dorm room days, I wonder if even Mark Zuckerberg had any idea his nascent website would eventually have such an immense reach.

So folks, the answer is an emphatic YES – your Facebook friends really do
influence your shopping habits, whether you realize it or not. Do you agree?
Let me know in the comments or tell your friends by “Liking” this post.