Twitter can be an awesome shopping tool and one of the best things about that more and more companies provide an alternative customer support via Twitter.

This means, you can reach them within your favorite network and also discuss your issues in public.

So let’s see who you can find on Twitter so far (if you know any more companies, please comment, I will be constantly updating this post).

TeslaMotors is another auto company to maintain an active Twitter stream.

Catch all the updates from BMW_USA here.

Updates on Lamborghini can be found on Twitter as well.

All the tweets of Porsche are available here.

FordCustService, updated by Shawn Lollie marketing specialist at Ford, this Tweeterfeed answers customer’s concerns and make it clear they value every customer. In reality, it is more like a support group: 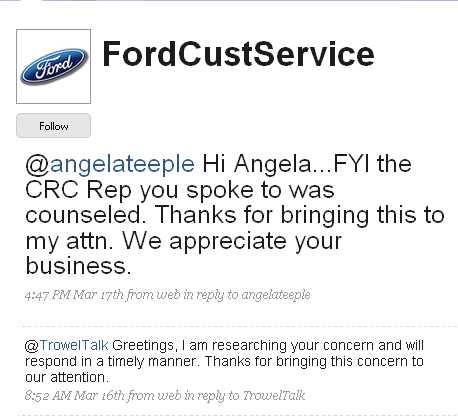 Kelly from Quicken Loans will answer any of your mortgage questions.

Chubb is another top financial company in North America and Canada.

According to reports, American Express is the finest financial company in the USA.

New York Life Insurance is another growing financial and insurance company in the States.

TIAA provides all the updates here.

State Farm insurance company “for auto, life, health, home owners insurance and more” can be reached on Twitter for any finance-related questions.

Allstate is another well-known insurance company to be found on Twitter.

Dell maintains multiple official Twitter profiles. None of them is officially designed to help customers but the good news is that it has multiple international accounts, so you can ping them depending on what country you are in.

HP is one of the competitors in the market.

All the updates on Lenovo USA can also be found.

Global tweets of Acer are also quite useful for customers.

Honeywell provides all the support as well.

ComcastCares is the most responsive Twitter customer support I am aware of. It has a person behind it who will answer your questions quickly and actually help solve your problem. 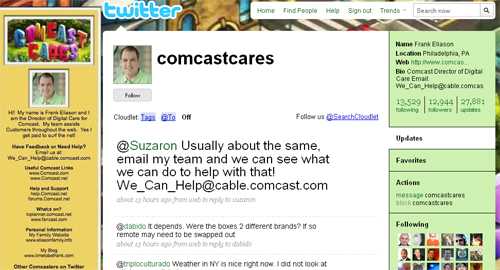 Embarq is another Internet service to be found on Twitter.

Plus.net is yet another Internet service provider streaming company updates via Twitter.

ThinkGeek is the great place to buy a geeky device or apparel, besides that they have an awesome Twitter stream to follow.

Updates from USA’s No. 1 choice for satellite Internet, HughesNet can be found here.

JetBlue, a well-known airline ticket provider, has one of the most popular Twitter profiles I know.

Southwest Airlines is another airlines company to be reached on Twitter.

Virgin Airlines rely on Twitter not only as a customer service tool for answering questions, but they truly build a rapport with their audience and encourage genuine interaction.

Alaska Airlines is among the major airlines in the U.S.

Going for a cruise? Catch @CarnivalCruise on Twitter to lean their offers and rates. 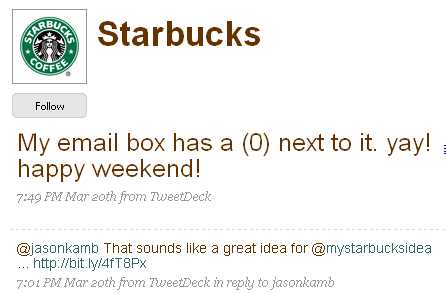 Whole Foods tweet organic news fresh and advice and can also be reached by customers.

Plan to have a big, delicious, premium-quality burger? Check out Carl’s Jr. on Twitter.

Hardee’s is another place to have a burger over Twitter.

Dunkin’ Donuts can be caught on Twitter any time. They have enjoyable Twitter stream, so be sure to check them out!

Bigelow Tea is a tea company with Twitter stream updated by Justin and Linda.

Zappos tweets via their CEO that goes by name “Tony”. The awesome thing about this account is that they follow back almost everyone, this means you can DM them privately. 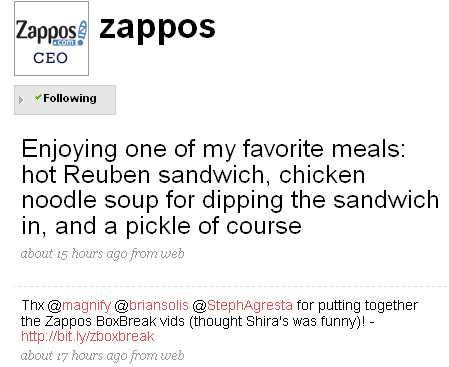 Nordstrom is another fashion specialty retailer to be found on Twitter.

BustedTees is another manufacturer of T-shirts to be found on Twitter.

HomeDepot’s spokesman tweets to provide “another way for customers to ask about their projects and our stores”.

Etsy, an online marketplace for home-made products, also has the corporate Twitter profile.

Barnes and Nobles Twitter profile is also available for all types of books.

GHChealth maintain rather an active and popular Twitter profile.

ALSO READ: How to Create a Customer Service Plan 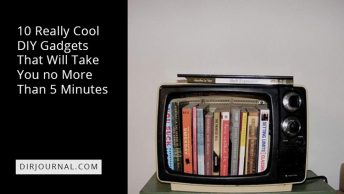