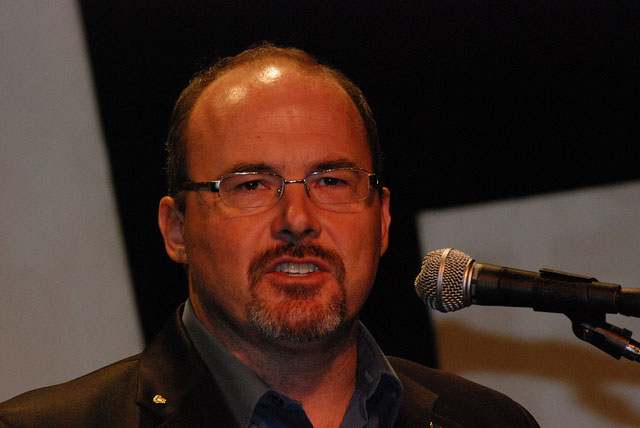 Some of the Dumbest Things U.S. Politicians Have Said in 2013

Sometimes listening to politicians speak can make you seriously fear for the future of the U.S. The government shutdown and raging gun debate were the grounds for many bizarre quotes in 2013, but they certainly were not limited to those issues.

Here are nine of the dumbest things U.S. politicians have said (so far) in 2013.

“The thing of it is, I need my paycheck. That is the bottom line.”

-Said by Representative Renee Ellmers of North Carolina during the government shutdown in response to whether she would keep her paycheck during the shutdown. Representative Ellmers was a part of the group of Republicans who continued to block a vote which led to the shutdown, preventing hundreds of thousands of Americans from getting paid.

“The Park Service should be ashamed of themselves.”

–Repsentative Randy Neugebauer of Texas, to a park ranger doing her job, which involved preventing visitors to the World War II memorial closed due to the shutdown. This occurred only one day after Neugebauer was on The Chad Hasty Show where he vowed to keep the government shutdown in place as long as it took to overturn the Affordable Care Act.

“We have federal regulations and state laws that prohibit hunting ducks with more than three rounds. And yet it’s legal to hunt humans with 15-round, 30-round, even 150-round magazines.”

– A claim made by Senator Dianne Feinstein of California at a senate judiciary hearing on gun control. She seems to think that murder is somehow more legal than duck hunting.

— Said by Senator Lamar Alexander of Tennessee in an interview on MSNBC. Gun advocates have long claimed that video games are the real problem but rarely do they imply that guns cannot affect people.

“There’s some suspicion, and I don’t want to spread this, but I’m just going to tell you what I’ve been hearing: They suspect maybe the police are killing some of these kids.”

-Illinois State Representative Monique Davis said this in an interview with a Detroit radio show. Many were outraged by her spreading rumors that police were involved with many unsolved murders.

“They are used to defend our property and our families and our faith and our freedom, and they are absolutely essential to living the way God intended for us to live.”

— Claimed by member of California’s state assembly, Tim Donnelly, while talking about guns on a Christian radio show, The Bottom Line. Of course guns are essential to the way God intended us to live; that is why He created guns immediately after Adam and Eve.

“In the emergency room they have what’s called rape kits where a woman can get cleaned out.”

— Said by Texas State Representative Jodie Laubenberg about why there should not be a rape exemption in Texas’ anti-abortion laws. She demonstrates a shocking lack of understanding about human biology and rape kits for somebody legislating on the issue.

“I’m proud to be President of the United States.”

–Vice President Joe Biden said this speaking at the Iowa State Society inauguration ball. Biden is well-known for making gaffes so no one was too shocked when he claimed to be president.

“I know that this has been some of the conventional wisdom that’s been floating around Washington, that somehow, even though most people agree that I’m being reasonable . . . the fact that [Republicans] don’t take it means that I should somehow do a Jedi mind meld with these folks and convince them to do what’s right,”

– Said by President Obama during a white house press conference in March. The quote managed to annoy two fan bases when he combined references from Star Wars and Star Trek by saying Jedi mind meld. But as the most serious Star Wars aficionados pointed out, there is such a thing as a Jedi meld, so maybe he was just pulling from really obscure references.

There were many options this year, but what was your favorite (or least favorite) stupid quote from a U.S. politician through 2013? Did we miss a good one? Share it in the comments and tell us why the quote tops your list.