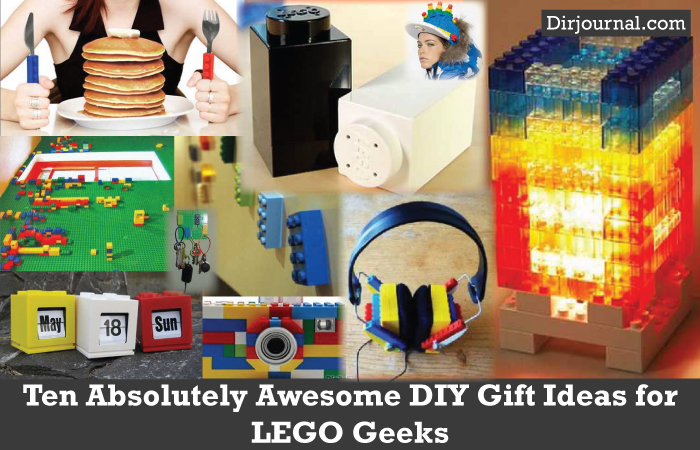 LEGO is without a doubt, one of the most successful toy franchises of all time. Launched in 1949, today LEGO has joined forces with those behind Star Wars, Harry Potter, Batman and Indiana Jones. They’ve also launched computer games, a film, clothing, a number of board games and even a chain of theme parks.

However, what follows are ten super-cool LEGO inspired gifts that amongst all the wonders and wizardry of the franchise, have somewhat fallen under the radar. 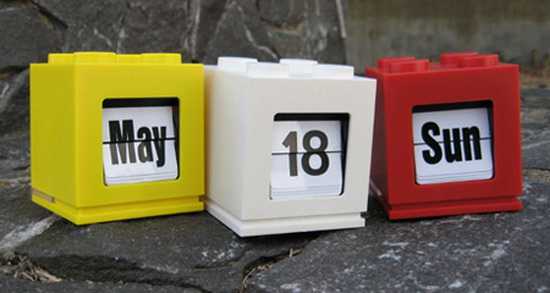 This very funky desktop calendar is formed of three individual lego shaped blocks, in yellow, red and white. What really makes this calendar truly unique however, is that is block is self-contained, meaning you can line them up, stack them on top of each other, or even dot them around your desk. 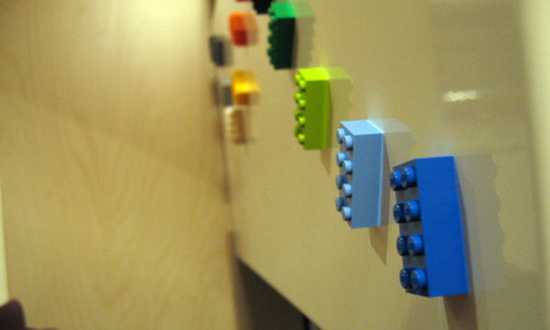 Small, simple, and very sweet, LEGO magnets are the perfect budget gift for any LEGO geek. 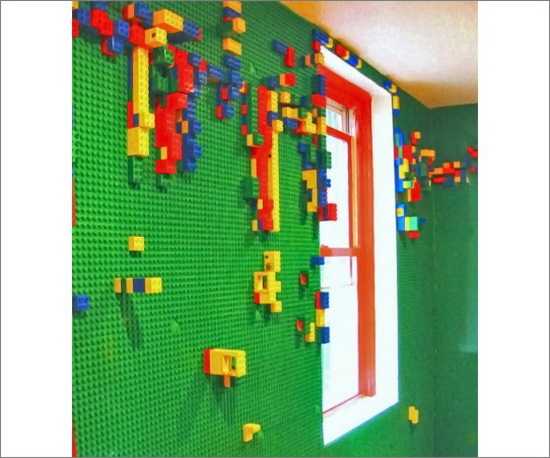 Literally, a wall of LEGO, the LEGO Duplo Wall has to be the awesomest way to decorate a child’s bedroom – ever!

Born of i-Beam design, the LEGO Duplo Wall allows kids (or, ahem, adults) to build 3D structures all over their bedroom walls. However, you don’t need to limit the LEGO wall to a bedroom; why not decorate your bathroom, your living room, or even ask your boss how they feel about transforming the office into a LEGO-laden haven?! 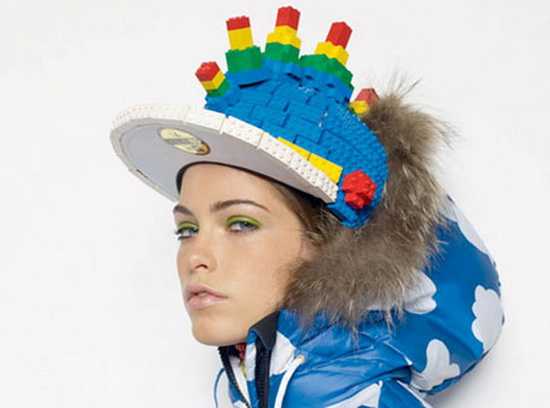 Seeing how recent years have seen LEGO evolve into the epitome of ‘cool’ toys, surely it was only a matter of time before they made their way down the catwalk?

Brought to us by daring French designer JC de Castelbajac, his take on New Era Hip Hop style caps will certainly be one to make heads turn. 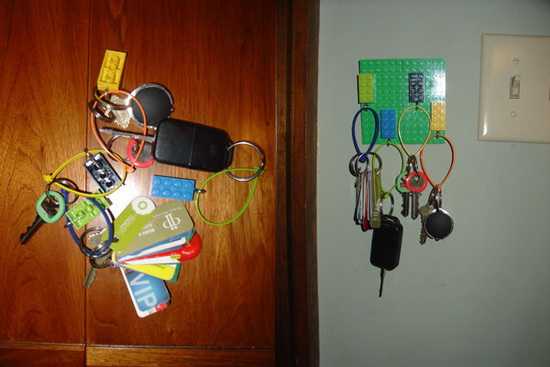 If you’re on a budget, this DIY LEGO key holder is practical and great fun too!

Want to make one? All you need is:

Simply screw the eyehooks into the LEGO, thread the wire through and attach the keyrings and voila! The coolest budget gift for LEGO geeks – ever! 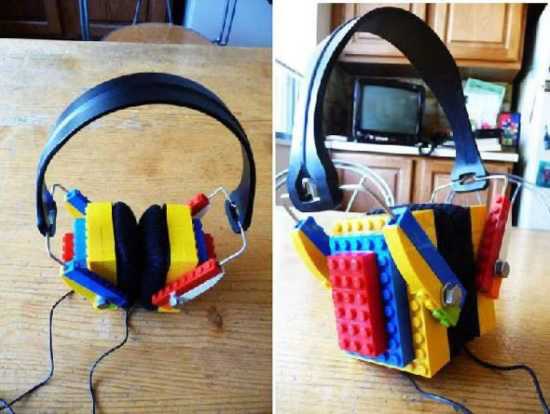 Another for the DIY aficionados among us – though creating these LEGO headphones might require a little more attention to detail. However, there’s no doubt they’re worth it.

While the finished result is somewhat on the bulky side, what they lack in sleekness they more than make up for in style. Well. Maybe. Either way, it’s a pretty safe bet that any self-diagnosed LEGO addict will be impressed. 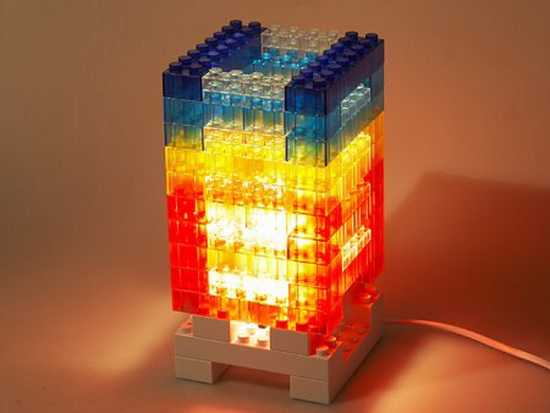 More of a ‘make-it-yourself’ than a full on do-it-yourself, the LEGO lamp come with 26 8 x 2 LEGO bricks and 56 2 x 1 bricks; from there on you can create whatever shaped LEGO light-box your heart desires. 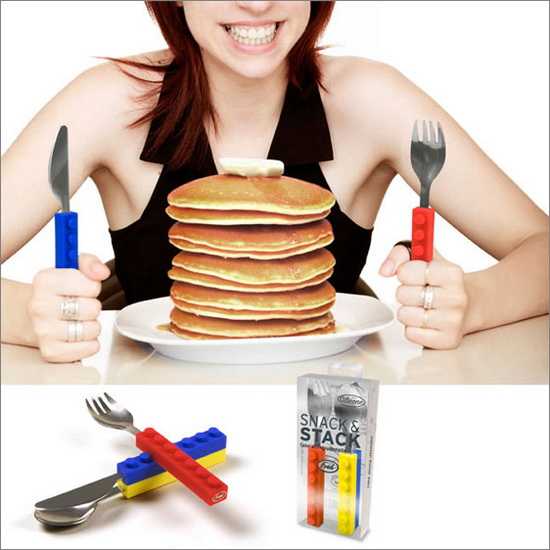 Cool and colorful but possibly not the easiest utensils to clean, this lightweight and child-friendly knife, fork and spoon set will make the perfect geeky gift. However, what has to be the coolest feature about this kitsch kitchen essential is the way they slot together in true LEGO fashion. 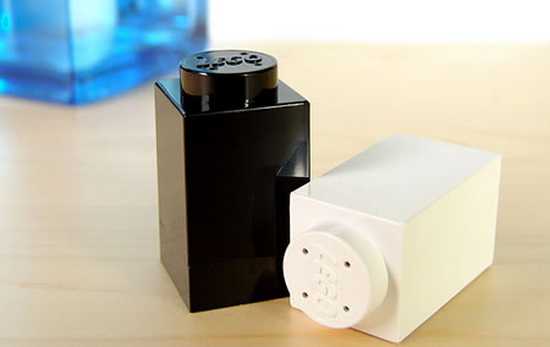 Sticking with the kitchen theme, these stackable salt & pepper shakers emanate a subtle awesomeness – at first glance you might not realize the accolade to the LEGO franchise, but on closer inspection it’s clear what a super-cool compliment to the LEGO chronicle these are. 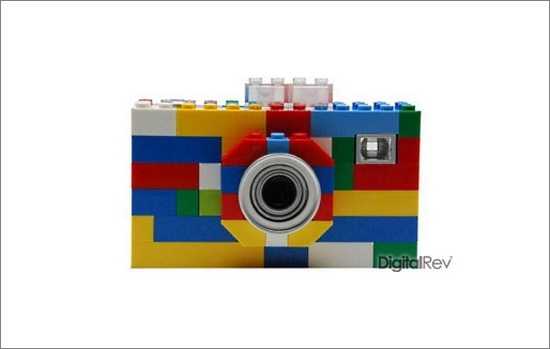 The LEGO digital camera is cool, colorful and creative – everything you’d expect an official piece of LEGO merchandise to be. However while its novelty value would be hard to beat, as an actual camera, this is somewhat lacking.

With 3MP and a 3x zoom this is a very basic digital camera that is sadly, outdone by even most mobile phones. If you’re considering getting it as a gift, you might have to measure its initial ‘wow’ factor against the less than amazing photos this presumably takes.