What It Means To Own The Apple 3G iPhone!

Imagine making a call to someone with a simple tap either on their name in the contact’s list, their SMS or even on their email.

The 3G iPhone redefines mobile phones with all the features it comes with. It is a combination of three products in one – an iPod with a widescreen, a revolutionary phone with a boat load of features and an internet device that consists of a great web browser in the same class as the desktop browser with HTML email.

The original iPhone was an expensive toy and in spite of the talk it created and several people queuing up to get it, it still did not have as huge an audience as expected initially, and picked up enough steam only with the passage of time and dropping of prices.

Apple changed all that with this second generation iPhone, which is all set to be released worldwide on July 11. Apple 3G iPhone is not going to have a fixed one-rate for all, and comes with new sales policies.

Previously, Apple wanted to release it at the year-end; however, this date has now been brought forward by several months. It is also going to be available internationally in 70 countries.

Taking off the wraps, the 3G iPhone with its thin edges is said to be a winner in the looks department.

The functionality includes, GPS mapping, the ability to run 3rd party applications and working with enterprises like Microsoft Exchange.

The 3G wireless technology gives the iPhone fast internet and email access. It loads pages much faster than any others in the market today. 3G networks allow data and voice usage simultaneously and with the iPhone, users can surf the web and talk on the phone at the same time.

The email on iPhone works just as it would on a computer. It supports Microsoft Excel, Word, PDF, PowerPoint, JPEG and iWork. It is possible to view attachments just as they can be viewed on a computer. There is a facility for zooming in on any part of the information by just tapping with a finger. Users can also benefit from the push email with Microsoft Exchange ActiveSync.

With the earlier models, the main problem with Apple was that, it did not allow third party programs to be run in the background. This is the reason, if there was an instant-messaging application installed; the user was able to receive updates for a new IM sent, only if the IM app was open. With the 3G iPhone, Apple found a solution to the problem by ensuring that users get notifications, even if the application is not running. This feature is going to take a couple of months to start working; however, this is a great plus for the iPhone.

For people, who are waiting to buy the iPhone through mail order, there is a surprise. Word has it that this may not be possible and even activation can only be done in-store. This is being done so that customers can complete the purchase and activation at the same time and any issues they face can be addressed immediately and in person.

With so many sweet features, the iPhone is being claimed as the best phone for business use as well as for personal use. Apple has made sure that it is within reach even for the more budget-conscious user. You no longer need to have deep pockets to get the classy iPhone. What are you waiting for? 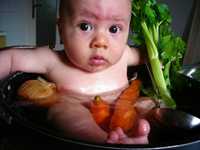