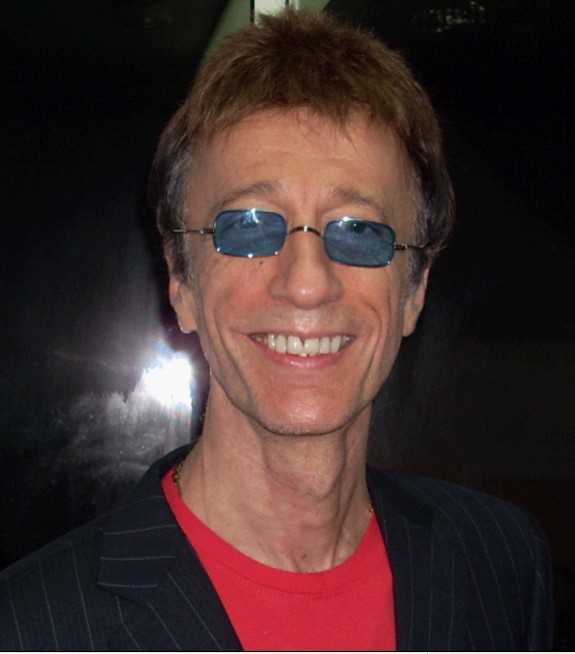 When I first started drafting this piece, I was planning on focusing on celebrities in general.  However, when I began putting the names of celebrities together, I realised there was – unfortunately – a considerable number of musicians who have passed away in 2012 so far.

Focusing on some of the most notable members of the music industry, these 10 musicians have all passed away in 2012, further to providing music that so many have fallen in love with over the years.

Following the same route as his twin brother Maurice did in 2003, Robin Gibb of the ever famous Bee Gees passed away on May 20th, aged just 62, after succumbing to liver and kidney failure, further to a battle with colonic cancer.

Having hit after hit throughout his time with the Bee Gees, Gibb went on to be a successful artist in his own right (particularly in mainland Europe) and received a tremendous number of accolades and awards, including nine Grammys, four of which he picked up in 1979 alone. 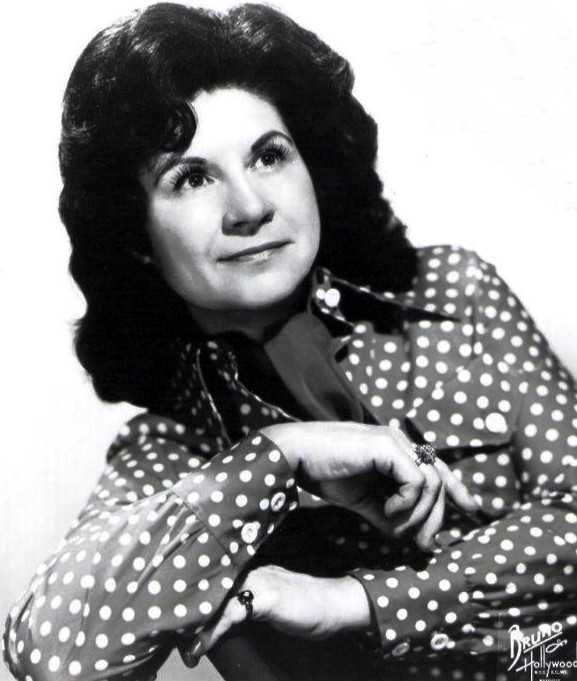 Widely regarded as the Queen of Country Music, Kitty Wells died on July 16th due to complications after a stroke, aged 92.

Married to Johnnie Wright for over 70 years (making their marriage one of the longest celebrity marriages ever), Wells was known best for her hit track ‘It Wasn’t God Who Made Honky Tonk Angels’, a song which made her the first female country singer to top the US singles charts.

With a number of top 10 hits following, Wells is credited as being the inspiration and influence behind numerous female country singers whose careers took off in the 1960s, including the Grammy award winning Loretta Lynn. 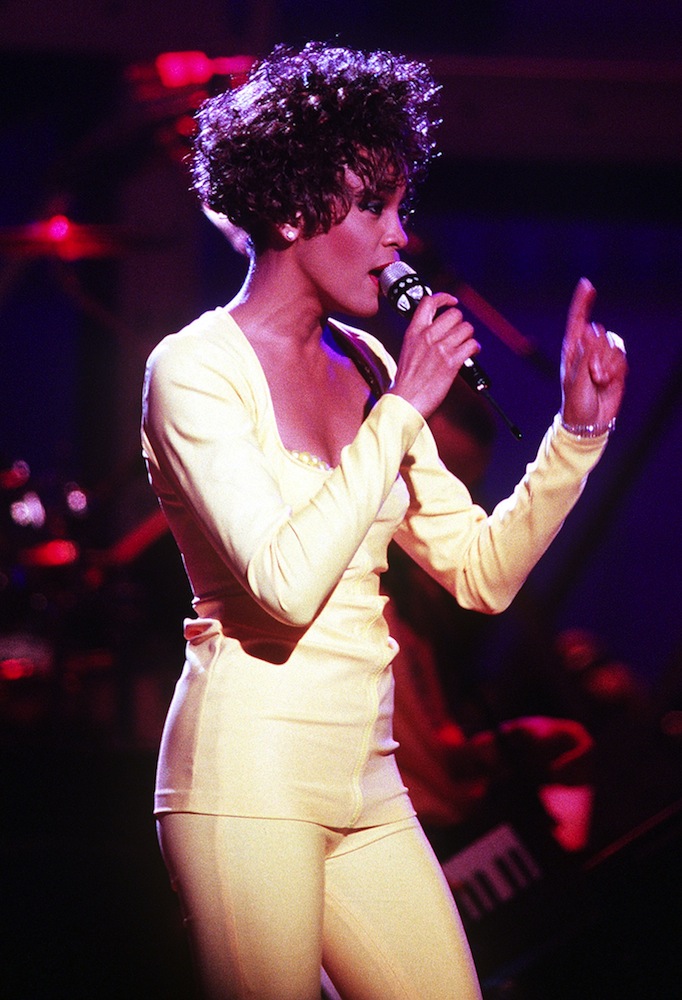 Unexpectedly passing away on February 11th after being found submerged in the bath in her suite at the Beverly Hilton, huge speculation surrounded the 48 year old’s death initially.  Officially recorded as accidental, the autopsy discovered various drugs within her system, including cocaine, the drug she’d battled with for several years.

Known by so many for her 1992 hit ‘I Will Always Love You’, which was the hit track from the film The Bodyguard (in which she also starred), her turbulent relationship with Bobby Brown and her battle with drugs were how many unfortunately knew of her in the the latter part of her career.

Receiving a whole host of awards throughout her life, including 31 Billboard Music Awards (winning every one she was ever nominated for) and 22 American Music Awards, Houston’s life may have been tainted in many respects, but she’s still regarded as one of the greatest American singers in history. 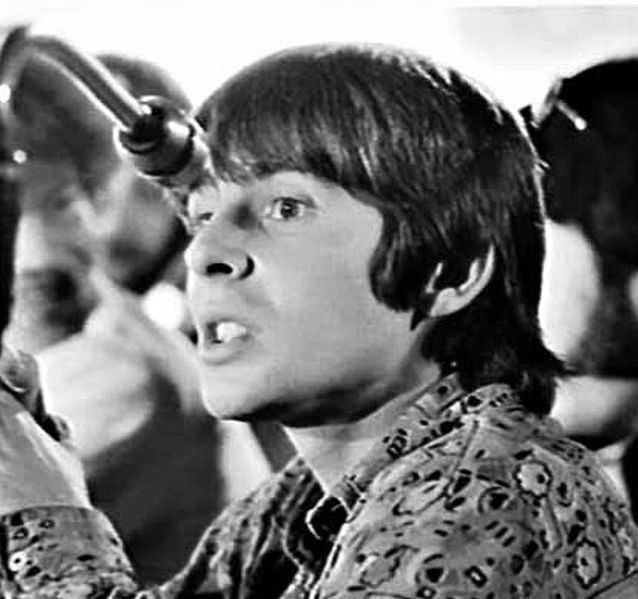 A member of the band the Monkees and star of the TV show of the same name from 1966 to 1971, Davy Jones passed away aged just 66 after a heart attack on February 29th.

An accomplished businessman (largely in the retail industry) and actor, Jones is considered one of the greatest teen idols – largely due to his boyish good looks.  However, after leaving the Monkees, Jones didn’t achieve the solo success that so many expected, something that’s attributed to not having the support, with people believing he’d naturally be a star because of his name and past successes.

One of the most loved celebrities during the 1960s (as older generations enjoyed his music) and throughout the 1970s (as younger generations grew up watching his TV show), Davy Jones’s passing affected more than many first expected, such was the fondness for him from so many different people. 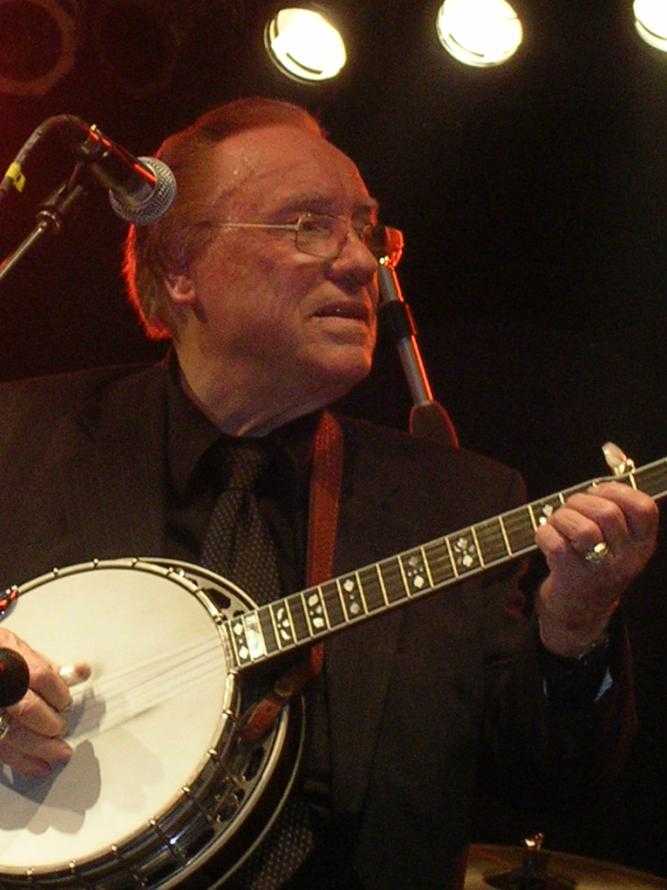 The banjo-playing Bluegrass legend who defined the three-finger playing style (to the extent that it’s now known as ‘Scruggs style’), Earl Scruggs died aged 88 on March 28th from natural causes.

Known for his work with Lester Flatt, both were inducted into the Country Hall of Music in 1985, six years before Scruggs was the inaugural inductee of the International Bluegrass Music Hall of Honor in 1991.

Receiving two Grammys for the same song ‘Foggy Mountain Breakdown’ (first in 1969 for the original and then for the re-recording in 2001), at Scruggs’s 80th birthday party, famed country singer Porter Wagoner praised him wonderfully, saying he was as important to banjo playing as Babe Ruth was to baseball. 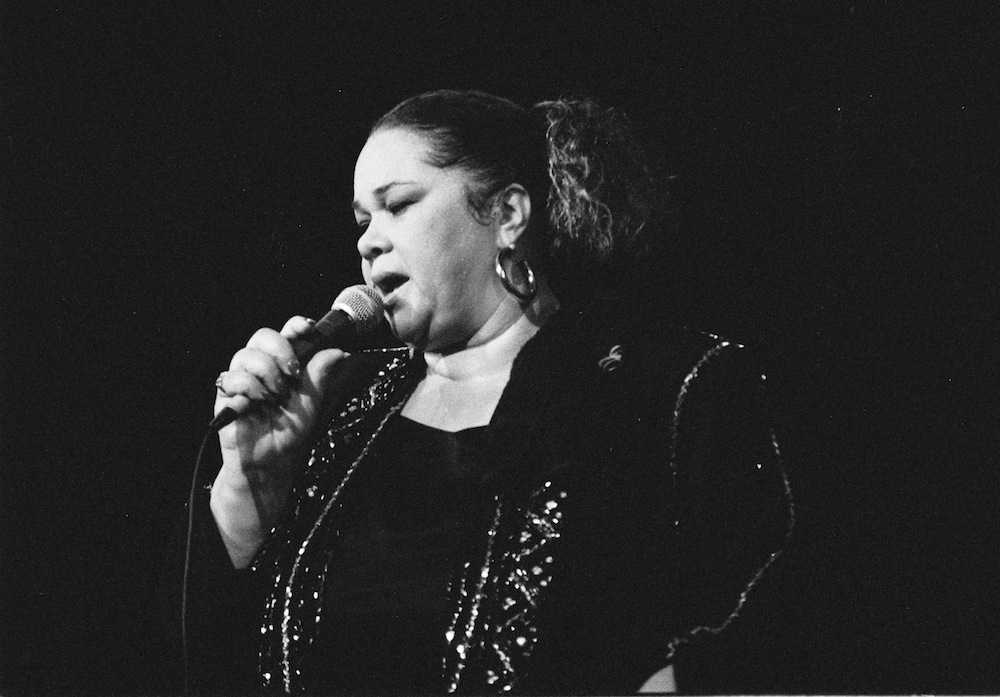 One of America’s greatest singers, Etta James, known mainly for her rendition of ‘At Last’, died two weeks after being told her leukemia had turned terminal on January 20th at 73 years old.  Having suffered from MRSA two years previously and diagnosed as having Alzheimer’s disease two years prior to that, James received over 30 awards during her lifetime, including 17 Blues Music Awards and six Grammys, one of which was the Lifetime Achievement Award in 2003.

Inducted into the Rock and Roll Hall of Fame in 1993 and the Blues Hall of Fame in 2001, James is regarded as being the person who bridged the gap between blues, rock and roll, soul and jazz, simultaneously merging the genres while opening them up to mainstream audiences. 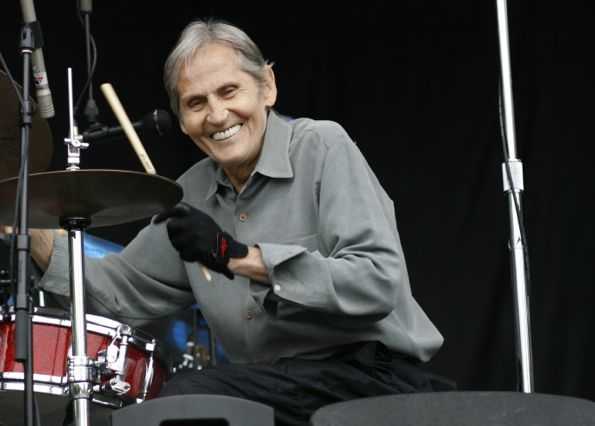 Known first and foremost as the drummer and lead singer of The Band, a ‘roots rock’ group who won several Grammys, including the Lifetime Achievement Award in 2008, 71 year old Levon Helm passed away on April 19th after battling with cancer.  Having a public wake on April 26th, around 2,000 fans turned out to pay their respects to the talented multi-instrumentalist (in addition to drums, Helm was an accomplished guitar, banjo, violin and harmonica player).

Considered one of the best American singers, with Rolling Stone magazine ranking him as 91st in 2008, Helm received regular tributes both before and after his death.  For instance, Elton John (and Bernie Taupin) penned the song ‘Levon’ in 1971 and one month after Helm’s death, Bruce Springsteen and The E Street Band performed one of The Band’s biggest hits, ‘The Weight’, as a tribute.

Winning the first ever ‘Best Americana Album’ Grammy for 2010’s ‘Electric Dirt’, Helm was said by many to be rock’s most authentic man. 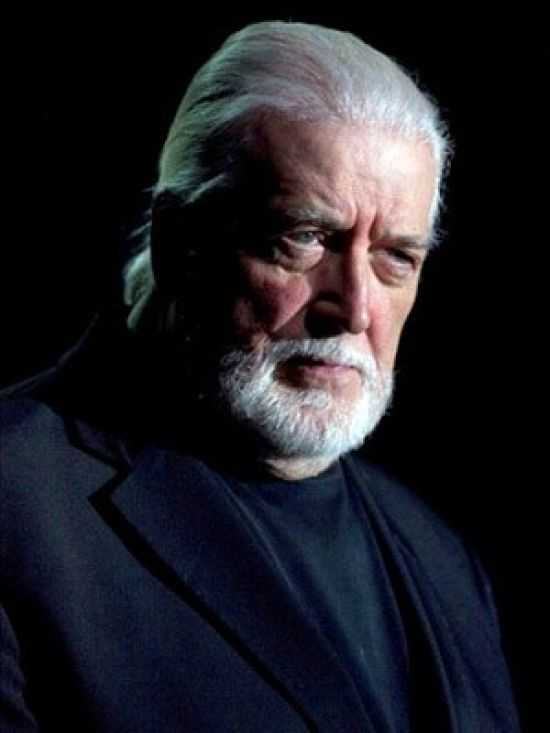 Founder and keyboardist of rock giants Deep Purple, Jon Lord left us on July 16th after suffering from a pulmonary embolism, linked to his pancreatic cancer, aged 71.

Working with a number of bands outside of Deep Purple, including Whitesnake and the Kinks, Lord was praised for fusing classical music with rock and in 2011, he was given an Honorary Doctorate of Music by the University of Leicester (Leicester being his home town).

With tributes upon his death citing him as one of the world’s greatest musicians, although loved by the public, it were his fellow musicians who adored and appreciated him most, praising him for his musicality that not only hadn’t been seen before Deep Purple, but which has been rarely seen since. 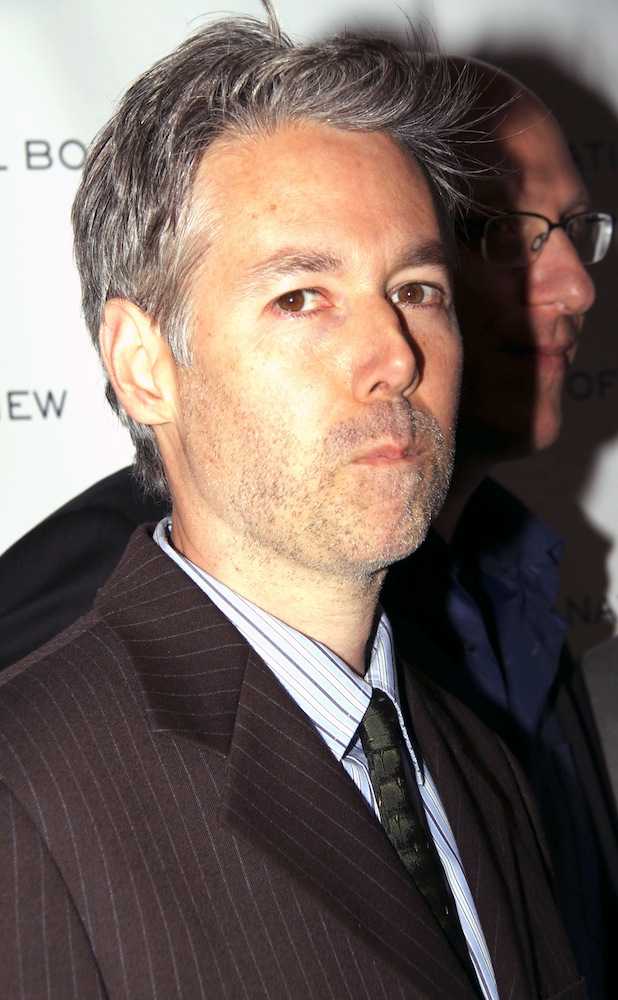 Dying on May 4th aged just 47, Adam Yauch had been battling with salivary gland cancer for three years and although he was thought to be recovering, it proved to be too difficult to overcome.

A founding member of hip hop band Beastie Boys, Yauch was known by many as MCA – his stage name with the band – but as a practicing Buddhist and being heavily involved in the Tibetan independence movement, he was widely known away from the industry, too.

Regarded as one of the pioneers to bring hip hop to a mainstream audience, as part of Beastie Boys Yauch sold over 40 million records prior to his death, had seven albums that went at least platinum and was only the third hip hop / rap act to be inducted into the Rock and Roll Hall of Fame upon the inclusion of Beastie Boys in April of this year. 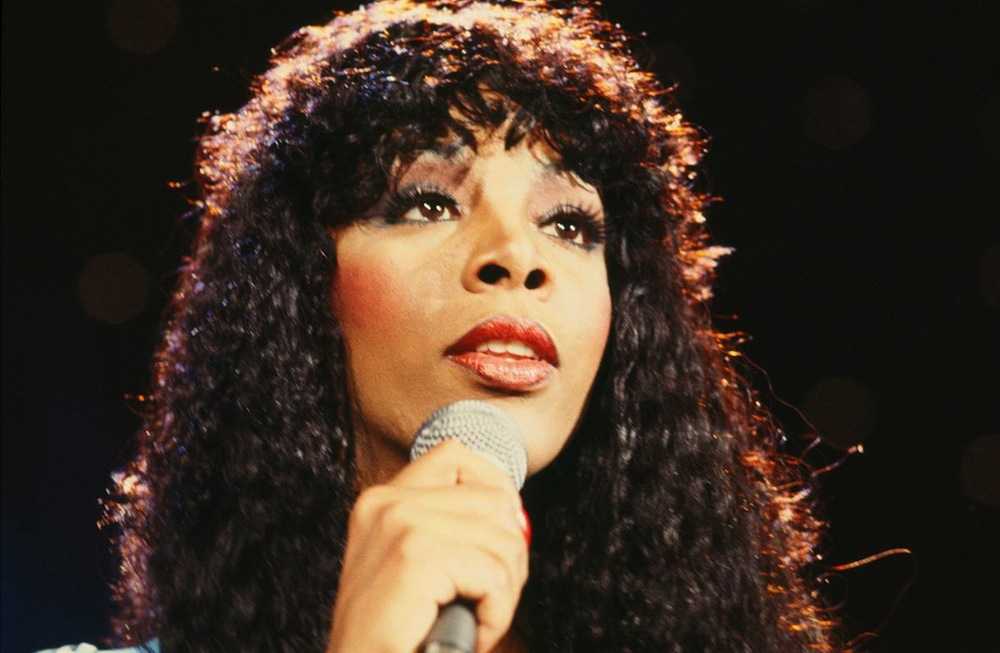 Unbelievably popular during the 1970s, with four number-one singles on the US Billboard Hot 100 in just over a year, what not many know is Summer wrote – or co-wrote – most of her songs, including the 1975 hit ‘Love To Love You Baby’.

Known as the Queen of Disco and credited with spearheading its success, tributes flooded in from right around the music industry as news of her death spread, with Elton John criticising the fact Summer hadn’t – and still hasn’t – been inducted into the Rock and Roll Hall of Fame.