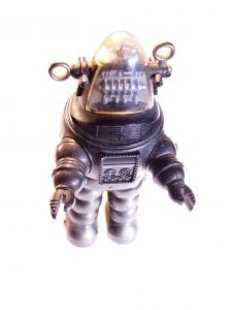 It is much harder than you might think to come up with a short list of the three worst science fiction movie remakes ever. Why? Well, certainly not because there is any dearth of suitable contenders. The number of crappy remakes out there is astounding. The problem is in the rating system. Sure the 1986 version of The Fly sucked, but did it suck in such a way that you want to trash it? For me, no, because I have no particular attachment to the original version—and as it turns out, that’s my hook.

See, I don’t care if someone puts out a crappy remake of a movie that I don’t care about but I do care if I loved the original version. So keep that in mind as you read my list of the three worst science fiction movie remakes ever.

1. Body Snatchers: Body Snatchers is the 1993 remake of the 1956 classic, Invasion of the Body Snatchers. Body Snatchers takes place in a completely different location and has an entirely new protagonist and cast of characters. It’s less a remake than it is a stolen idea executed poorly and without any heart. Sometimes, sci-fi movies are remade simply because new technology makes them uber-impressive. This is not the case with Body Snatchers. In the movie, the alien pods look smaller but still very similar to those in the original movie and the “feelers” that come out of them look like cooked spaghetti. The movie has bad acting, terrible music and is boring but what makes it one of the worst sci-fi remakes is that it lacks heart. In  Invasion of the Body Snatchers, the pod people try to explain how great it is to be a pod person without all the “bad” emotions humans have. The female protagonist, Betty, explains that she doesn’t want, “…to live in a world without love or grief or beauty.” She says it so beautifully and meaningfully that, for just a moment, you understand the greatness of all your bad emotions. In Body Snatchers no one addresses this point of view at all. They just cry and then flash you some full frontal nudity. Boring.

2. I Am Legend: This 2007 remake of Omega Man (which is a 1971 remake of 1964’s The Last Man on Earth) is so lacking in any real emotional draw that it resorts to ridiculous manipulative tactics to make us care about the male protagonist. In Omega Man, the vampire/zombie-like characters are people who were infected from the ammunition used in biological warfare. As a result they can only come out at night and they hate uninfected people–who are in the vast minority. The infected people are similar to religious zealots and they are lead by a character who preaches hatred. They spout their anti-uninfected-people drivel and want to burn everyone who is not infected. Eventually, Charlton Heston (who is the Omega Man) finds other uninfected people, falls in love and starts building relationships that end in tragedy.

In I Am Legend, the infected people are nothing more than monsters with no intelligence and no hierarchical complexity; they kill a dog, and the main character, played by Will Smith, is never allowed to re-form complex human relationships. All the longing and loneliness of Omega Man are missing and instead we’re given dead animal sadness, craziness and monsters. Yawn.

3. Planet of the Apes: Let me start by saying that if I hadn’t seen the original 1968 version I may have liked the 2001 Planet of the Apes remake. But in contrast with the Charlton Heston classic it is violent, jarring, and doesn’t challenge the audience. In the original Planet of the Apes, the society of apes was more similar to a reasonable human society. None of the humans knew how to speak (except Heston), and the ape-lead society is easy for the viewer to identify with—which makes their routine rounding up of humans a struggle that the audience wants to come to terms with because it seems so similar to what our own society does in selling exotic animals as pets.

The ape society featured in the remake is so extreme that the round-up and sale of humans (including those who can talk) is less complex and doesn’t challenge the viewer’s thinking because it’s just so blatantly wrong. The movie continues like this–a crass, under-developed cartoon of what a planet of apes might be like rather than an uncannily similar society with complex characters that make us doubt ourselves just a little.