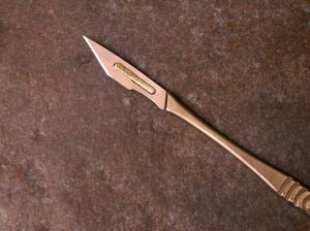 Heidi Montag’s recent round of 10 cosmetic surgeries unleashed a firestorm of criticism aimed directly at her. People are saying she’s obsessed with plastic surgery, that she looks like a Frankenstein monster and that she is out of control. I’m not exactly sure why because, personally, I think she looks good. Her face doesn’t have all the emotive capabilities that I might normally expect in a human being but you know what? She really does look hot.

Of course, there are some celebrities who have had cosmetic surgeries who haven’t been as judicious as Montag and who don’t look nearly as hot; some of them look downright scary and, as a public service, should steer clear of the surgeon’s office. Here are my top 5 picks for celebrities who should be physically restrained if they attempt to get more plastic surgery.

1. Joan Rivers: Joan Rivers has faced a real uphill battle in the male-dominated comedy world. When you consider her business acumen and determination she is a role model for women everywhere. But when it comes to cosmetic surgery, she has really taken things too far. It seems like every time she gets a new work contract she has a face lift. Her quest for everlasting youth has resulted in her features being pulled so far to the side that her eyes are wide and squinty and so is her mouth, which now has a Heath Ledger-Joker like thing going on. If you look at before pictures you can see that Rivers once had large, pretty eyes and her lips were nicely shaped and full. I think if she stopped the surgery and let nature take its course her face could fall a little like Burt Reynolds’ did and she might look better.

2. Cher: When you have a distinctive look like Cher once did, plastic surgery is devastating. Cher’s nose was once long and full and perfectly complemented her elongated face. Now it’s so small that her face looks ginormous in comparison. Her skin is so tight that her eyeballs can literally be seen as balls. Her body is hot, but I can’t help but wonder how amazing she’d look right now if she hadn’t started hacking away at her individuality.

3. Carrot Top: The comedian Carrot Top is downright scary looking with his ultra-surprised eyes, his pink, puffy lips, and his Jennifer Aniston-like chin. His skin is also preternaturally smooth like the skin of an over-powdered Victorian princess. Gender confusion aside, he just doesn’t look good. It would be interesting to see what would happen if he laid off the surgery and let his eyebrows re-enter the Earth’s atmosphere.

4. Madonna: It’s been over twenty five years since Madonna announced on American Bandstand that she was going to take over the world and apparently she thinks she should look exactly the same as she did then. While part of her disturbing look is the result of obsessive exercise and dieting creating a real-life Mr. Slim Goodbody for us all to learn anatomy from, part of it is the result of plastic surgery. Madonna is now going for that too-wide eyed, apple cheeked look. The problem is that apple cheeks are simply supposed to be sort of red and rosy; they are not supposed to look like you actually implanted apples under your skin. I’d love to see Madonna gain a couple of pounds and stop searching for eternal youth in a scalpel.

5. Latoya Jackson: Latoya Jackson seems to really hate the idea of having a nose. Judging by her many nose jobs I think she would prefer it if the area around the bridge of her nose were just flat skin and she simply had 2 little holes for breathing. I just don’t understand this obsession with such a small nose—it does not look right. Hers reminds me of a pitchfork or one of those tuning sticks that find water.

So what do you think? Are there any celebrities you’d like to see stay away from the surgeon’s knife?