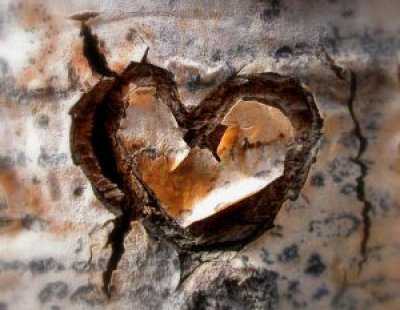 Believe it or not, not every couple enjoys watching romantic comedies together. While some couples can’t wait to see the latest flick starring Meg Ryan and Tom Hanks, others would rather spend an hour and a half watching Transformers. If you are looking for a different kind of movie with some romance that you and your significant other can both enjoy on date night, here are some suggestions.

Paper Heart (romantic comedy mockumentary): A mockumentary about love, Paper Heart follows comedienne, artist and musician  Charlyne Yi as she tries to figure out whether or not she is capable of love. During the mockumentary filming she meets and (though she won’t admit it) falls in love with Michael Cera. This movie is funny, cute and charming. Not at all like the rote romantic comedies that are usually crammed down the public’s throat.

1984 (science fiction): If you are looking for a little science fiction dystopia with your love story on date night, then 1984 might be for you. It’s a movie based on the George Orwell novel about a society that rewrites history to its own ends, requires full loyalty from its citizens and forbids things like independent thoughts. In this restrictive society, two people break the law and fall in love—at least until they are caught and then tortured into not loving each other anymore.

The Bourne Identity (action): The Bourne Identity is a good ol’ action flick with a little bit of romance thrown in. Jason Bourne (played by Matt Damon) is a highly-trained government weapon that has amnesia. He doesn’t remember this but he recently failed a mission and now the government agency he works with is trying to exterminate him. He meets a woman named Marie and she agrees to drive him to his home in Paris as he evades his would-be killers. Along the way they fall in love. The two characters are thrown into a world of crap together and neither one really knows why. Eventually, they separate but they come together again at the end. Word to the wise—don’t watch the second film, The Bourne Supremacy, because it’ll definitely kill the romance.

True Lies (comedy/action/romance): True Lies is an action film that has great, edge-of-your-seat action but is really more of a comedy. It is focused on the relationship between the two leads played by Arnold Schwarzenegger and Jamie Lee Curtis. In the movie, Curtis plays Schwarzenegger’s wife, Helen Tasker. She thinks that her husband works a normal job but it turns out he is actually a secret agent for the government. Through some madcap adventures she finds out his true career and they end up working as a team. This movie shows the ups and downs of their relationship as well as the true love the two characters really have for each other.

Fido (satire/spoof/comedy): Fido is the story of the world after an intense zombie attack. The non-zombies are outnumbered after the attack and are forced to settle in to fenced towns that keep out stray zombies. There are some zombies within the fences that have collars that domesticate them. These zombies are used as servants and playthings. One of them is a seemingly sensitive zombie named Fido. Fido’s female owner, Helen Robinson (played by Carrie-Anne Moss) falls in love with him as her husband becomes distant. Their neighbor has also fallen in love with his zombie. This is a fun  movie that shows how love can work through communication barriers and cultural differences—as long as one lover doesn’t eat the other’s brains, that is.