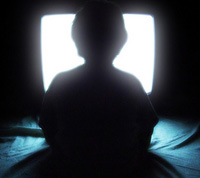 After numerous huge brands got on Twitter, it is no wonder TV and movie characters do that too.

Those imaginary people get second life on Twitter – they become real: they talk and think, answer their fans’ questions, discuss the story line and comment on their daily routine.

Most awesome examples of how Twitter ‘enliven’ popular TV and movie characters are listed below:

Buffy Summers is “SO over the vampire thing.” She also keeps in touch with her demon ex-boyfriend Angel and her high school friend. 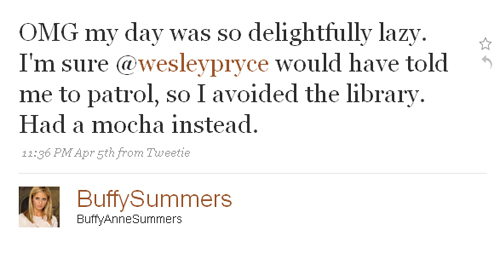 Here’s another Twitter profile for Buffy by the way.

Batman calls himself “Dark Knight. Superhero”. The man reports on his daily patrols and accidents:

Super Man is one the few Batman’s friends. He has too little time to Twitter reporting only on important event:

Family Guy’s baby troublemaker Stewie Griffin has made only a few updates but already has a huge followship. The only person he talks to is @briangriffin.

“Archaeologist, Professor of Archaeology at Marshal College, and Obtainer of Rare Antiquities” Indiana Jones posts updates on his never-ending adventures and related resources:

The doltish head of the Simpsons’ household Homer Simpson “Twitters his love for donuts, his hatred of Bible-thumping neighbor Ned Flanders as well as random political and sports events:

His smart daughter Lisa Simpson is also on Twitter.

Hobbit Frodo Baggins Tweets about his adventures. His fellow The Lord of the Rings characters include: Freaky Hobbit Gollum and “Still not King” Aragorn:

Peggy Olson, copywriter on AMC’s Mad Men, reveals the “outside-the-office” edgier side of hers: