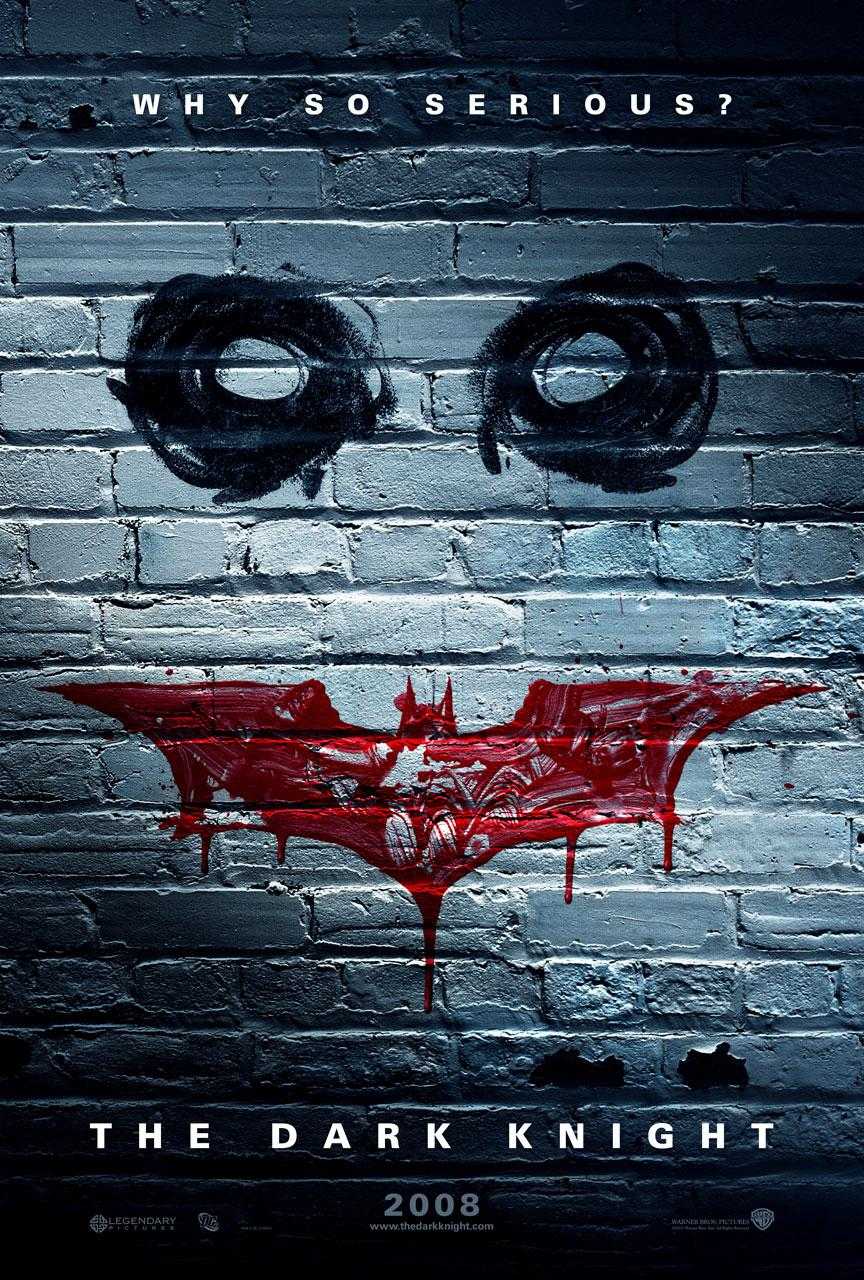 The Dark Knight – A Review! 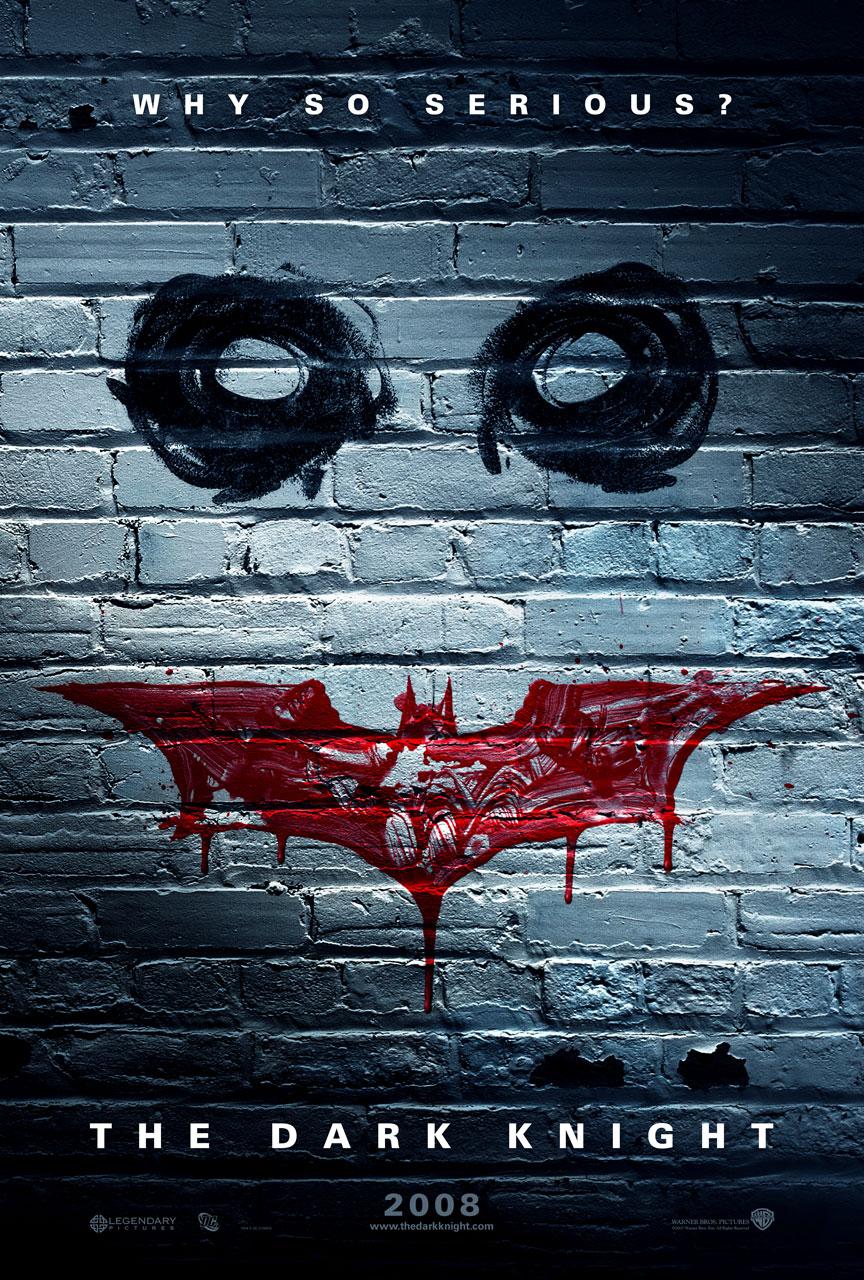 The hype around Christopher Nolan’s “The Dark Knight” even before its release was massive with speculation on whether the success of “Batman Begins” will be repeated. Luckily, this is one release that let everyone concerned heave a huge sigh of relief, as the movie far exceeded the high expectations.

The Dark Knight has outdone every other Batman movie with the superbly crafted scenes and memorable moments piecing the movie together.

Bruce Wayne, Batman (Christian Bale) teams up with the new District Attorney, Harvey Dent (Aaron Eckhart) and James Gordon (Gary Oldman) to clean up the streets of Gotham and get rid of the evil that plagues it, by locking up criminals. A ray of hope begins to shine over Gotham until a vicious criminal mastermind, the Joker, enters the scene. Ironically, there is nothing funny about this “Joker.” The Joker (Heath Ledger) has plans of bringing more chaos to the already downtrodden city.

He plans to kill batman and makes an announcement to the city of Gotham that if Batman removes his mask and reveals himself, he would stop his games and killings. However, as long as Batman does not remove his mask, people continue to die due to the Joker’s sadistic killing methods of subjecting his victims to a slow and painful death.

Batman, in spite of his efforts to clear evil from Botham, is seen by many as a sort of a villain, and this feeling only intensifies with his refusal to give in to the Joker’s commands. They attribute the murders of important people to Batman. Batman is desperate to defeat the Joker and put a stop to him, but initially he has little success against the sadistic Joker.

On the personal front, Bruce Wayne still thinks about the love of his life, Rachel Dawes (Gyllenhaal) and she tells him that she would be with him when he was no longer Batman. Her current boyfriend is Harvey Dent, the District Attorney, who Bruce sees as a good person who is really trying his best to make Gotham a better city without evil. Even the citizens of Gotham respect him and his words hold value. This is the reason Bruce strongly feels that Harvey should be the next Batman. Bruce himself does not want to remain the Batman forever and wishes for a life of his own with his love, Rachel. He believes that Harvey will be able to give him that life and will also be able to protect the people of Gotham.

The Joker himself has no intention of letting either Batman or the District Attorney enjoy any form of success. The Joker understands the closeness of Batman with Harvey and Rachel, and keeps both of them at two different places, setting a killing trap that they cannot stop. But Batman has the choice of saving one of them and is forced to choose between his love and the person who could save Gotham. Eventually Dawes dies and the Joker instigates a grief-stricken Dent whose face has also been burned on one side, to go after the police and Batman. Calling himself “Two-Face,” Dent starts his killings.

Meanwhile the Joker is creating havoc and turning people against each other, and if they don’t follow him, they will all be killed. He makes a proclamation that whoever is left in Gotham is completely under his power.

The movie seems to offer us a Batman who needs an adversary that is worthy of him. The vibrant performances, sharp direction and the brilliance of the script have floored one and all. The credit goes to Christopher Nolan who has crafted a great comic book movie. Every detail is superbly crafted.

Heath Ledger has given an outstanding performance as the maniacal and frightening Joker. All nuances of his performance just fit into place and his funny casual one-liners, riding on the line of sarcasm and artificial politeness with the cruel monstrous intentions underneath are wonderful. His face covered with flaking white powder, mouth scarlet colored, eyes as coals, this Joker is indeed a stranger, murdering and robbing without any qualms, bent on making life hell for everyone around. This stranger is unrecognizable and you can’t see Ledger in the movie, because of the heavy make-up and heavy clothes. He even changed his posture, the way he carried himself and his voice. The fact that his origin of birth is not revealed and remains mysterious makes his character far more interesting. Seeing his high level of performance, reminds us of the tragic loss in his death. Nobody can say for sure if he will receive an Oscar for this but it certainly is the best performance of his life.

Christian Bale as Bruce Wayne excels and continues his Batman legacy and works well with everyone in the film. The best scenes are the interactions between him and Heath Ledger as well as the chemistry between him and Gyllenhaal. His good looks and fantastic form make him look classy. The only problem is when he dons the Batman costume. He seems to turn stiff and speaks in an odd voice.

Gyllenhaal proved to be a wonderful actress and has taken over the role of Rachel Dowes with aplomb. This time, changing an actor for a character proved to be good for the movie.

Aaron Eckhart as Harvey Dent performed very well. In the end, Two-Face is shown sprawled out on the ground after a fall. The death scene is vague and speculation is rife if Harvey Dent is actually dead or will resurface in a sequel.

You will come out of the cinema with admiration for Nolan’s intelligence, Pfister’s sharp cinematography and for an acting talent that has tragically come to an end. The Dark Knight is one of the best films of the year and by far the best Batman film.